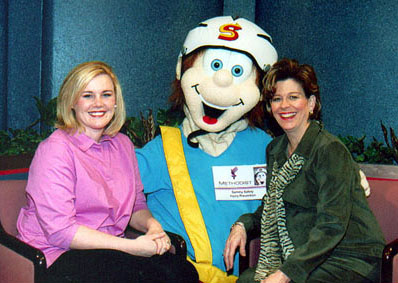 The prime-time broadcast is part of WJTV’s year-long injury prevention effort which is sponsored by Methodist Rehab. The Safe Families campaign also includes public service announcements, special events that focus on health and safety and increased news coverage of safety issues in all of the station’s newscasts.

"Safe Families is a natural fit for us," said Fairburn. "It ties into the work we're already doing in schools across the state and gives us an opportunity to reach a larger audience."

Physicians and staff at Methodist Rehab work with firefighters, police officers, paramedics and others to encourage children of all ages to think first about safety.

Think First speakers, including former patients, participate in assemblies at schools across the state. Sammy Safety, the hospital's injury prevention mascot, and Fair, a golden retriever who works with patients, appear in many of the Think First programs.