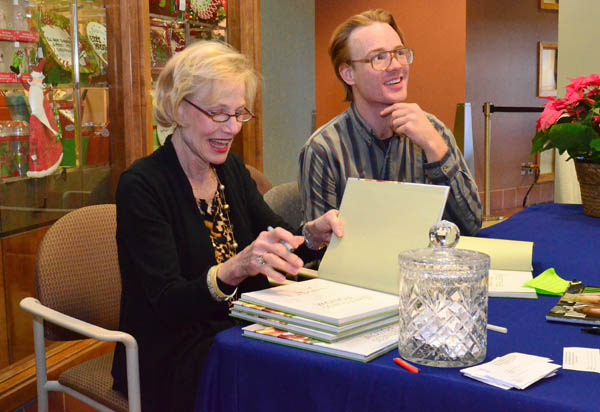 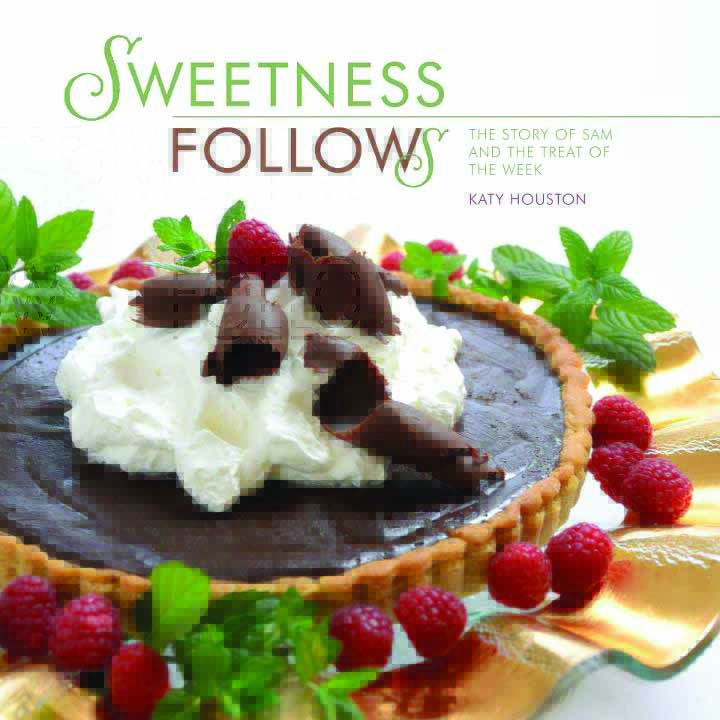 After Sam Lane Jr. of Jackson suffered a severe brain injury, family friend Katy Houston hatched a plan to “feed him back to health.”

Those 62 recipes and 22 more are now available in in “Sweetness Follows, the Story of Sam and the Treat of the Week.” The cookbook tells of Lane’s remarkable recovery and how Houston’s made-with-love confections became the ultimate comfort food.

“In the South, friends, family and food are all tied together,” Houston said. “This story about Sam celebrates all three. Standing on his doorstep every Monday morning was my unspoken way of saying, ‘I am with you, and I care about you.’ ”

But the sweetest part may well be photo collage of Sam’s longtime friendship with Houston’s son Andrew. It shows the best buds as toddlers visiting Bert and Ernie, as gap-toothed grade schoolers standing arm-in-arm and as high school teammates on the football field.

The two continued their friendship at the University of Georgia and were sharing a house in Athens when Lane almost lost his life. While pedaling to a group bike ride in April 2007, Lane was hit by a drunk driver. The impact flung him as high as overhead power lines, and his head took the brunt of the blow when he crashed into the car’s windshield.

“People across the street said they thought there was no way he could have lived,” said his mother, Leila Lane.

“Looking at him those first few days, I thought his recovery would be a miracle,” said Leigh Anne Landers, a charge nurse for the Neuro ICU at Athens Regional Medical Center. Hospital staff even called Lane’s friends to his room to say good-bye. “But from one weekend to the next, he was like a different patient,” Landers said.

An air ambulance brought Lane home. When he emerged from a five-week coma, he began intensive brain injury therapy at Methodist Rehabilitation Center in Jackson.

Houston began cooking for Lane as soon as he could eat. “It reminded me of the treats I had enjoyed often in the kitchen of Andrew’s house,” he said. “Naturally, the consistent weekly confection became known as the ‘Treat of the Week.’ Even if she was going to be out of town, she arranged from someone to deliver an ice cream dessert she had prepared before leaving."

The dessert deliveries ceased when Lane returned to college, but the recipes stayed in rotation. When Lane’s dad, Sam Sr., insisted they belonged in a cookbook, Houston turned to Nashville publishing company, Favorite Recipes Press, to help her organize the project.

Lane chose the cookbook’s title, which is the name of a song by the Athens-based band R.E.M. After hearing Lane’s story, R.E.M. members agreed to let Houston use the title and even promoted the cookbook on their website.

To help repay that kindness, a portion of cookbook proceeds will benefit the Wilson Research Foundation at Methodist Rehab. Lane spent months in the hospital’s nationally recognized brain injury program, progressing from a patient who could not speak or walk to a college graduate who now spends his spare time traveling and hiking.

Inspired by his son’s recovery, Sam Lane Sr. became fundraising chairman for the foundation and has helped raise more than $2 million for research projects.

“These funds have helped establish Methodist as one of the top rehab and research centers in the nation,” said foundation director Chris Blount. “The Lane family is squarely in the center of this thriving and evolving legacy. Sam has helped us see there is hope and potential for each patient—oftentimes more than we would imagine.”

Houston hopes her cookbook will bring in even more funds for rehabilitation research. She wants Lane and others like him to have the best chance for a full recovery.

To that end, she has even enlisted the aid of all her cookbook buyers. In the book’s afterword, she writes: “I would ask when you make a recipe from this book that you would stop and say a prayer for Sam as he continues to improve.”

“Sweetness Follows” is available at the Methodist Rehabilitation Center gift shop, Lemuria Bookstore and The Early Settler in Jackson, The Everyday Gourmet in Jackson and Ridgeland, Square Books in Oxford and at www.sweetnessfollows.com.