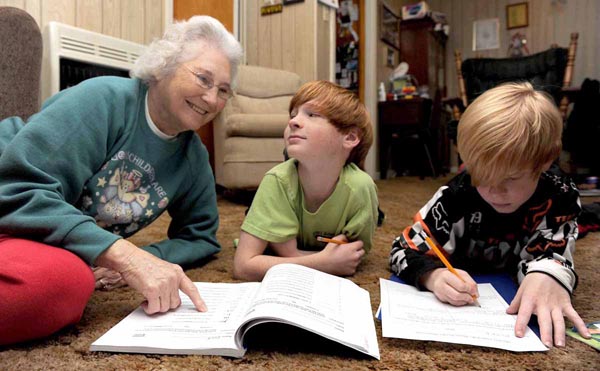 The severe dizziness of benign paroxymal positional vertigo (BPPV) threatened Odessa Whitehead's go-getter lifestyle. But thanks to a fast-acting therapy, the 82-year-old Ridgeland resident is back doing the things she loves--like spending time with great-grandsons Dade Cooley, left, and Matt Cooley, right. 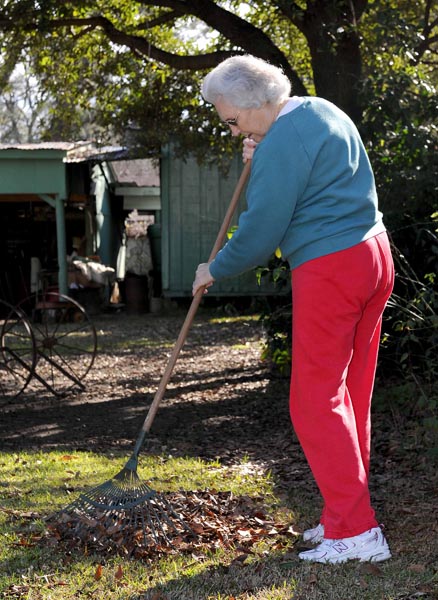 Yard work is one of many duties that Odessa Whitehead has reclaimed since being successfully treated for the balance disorder known as benign paroxymal positional vertigo. 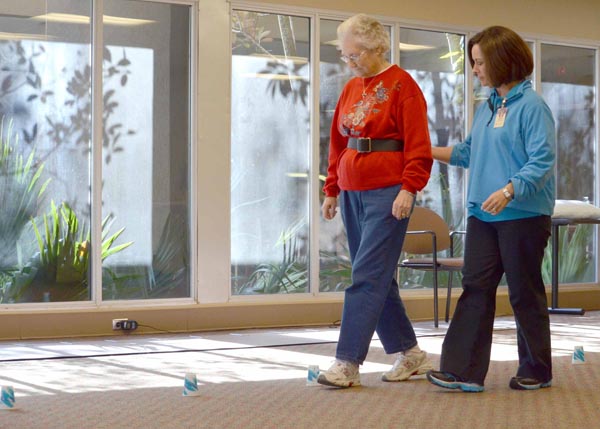 Susan Geiger, a physical therapist who specializes in treating vestibular disorders at Methodist Outpatient Rehabilitation Center in Flowood, guides Odessa Whitehead through exercises to improve her balance and curtail dizziness.

Odessa Whitehead was meeting friends for lunch when it happened—dizziness so severe that she blacked out in the foyer of a restaurant.“My neighbor said she turned around and all the waitresses had a hold of me. I completely went out, I didn’t know anything.”

By the time an ambulance arrived, the 82-year-old Ridgeland resident had recovered her wits and was questioning whether she needed a trip to the ER. Then she remembered a friend whose dizziness had almost made her homebound. “I thought: I can’t live like that the rest of my life,” she said. “That’s why I got on the stretcher and went to the hospital.”

Whitehead made a wise decision, said Susan Geiger, a physical therapist at Methodist Outpatient Rehabilitation Center in Flowood who is specially trained to treat balance disorders. “Too many seniors assume that dizziness is a natural part of aging, and they don’t do anything about it,” she said. “But because Mrs. Whitehead wanted to maintain her active lifestyle, she found the right resources to solve the problem."

Whitehead was referred to Geiger after being diagnosed with benign paroxymal positional vertigo (BPPV). The condition causes about half the dizziness experienced by people over age 50, but Whitehead had never heard of it.

What’s more, she thought the prescribed remedy—a series of head-twisting maneuvers—seemed a bit flaky. “It sounded like a lot of hocus-pocus. And I’ll be honest, I came in really skeptical,” she said. “But you know what, I’m getting better."

Geiger said Whitehead’s vertigo was the product of misplaced calcium crystals in her inner ear. About the size of a grain of sand, the crystals normally stay attached to an area of the ear that helps the brain sense gravity. But Whitehead’s had migrated to a part of the ear that senses head position, giving her the false feeling that her head was turning.

“I told Mrs. Whitehead that everyone has rocks in their head, but she has loose rocks,” Geiger said.

“It made me feel terrible,” Whitehead said. “Everything is going round and round and you with it."

To accurately treat BPPV, therapists must put patients through a set of transitional moves to help confirm the diagnosis and pinpoint the affected area of the inner ear.

“The last thing is the Dix-Hallpike maneuver, a specific position you put the patient in to provoke symptoms of the condition,” Geiger said. “I am looking for eye movement called nystagmus. The eyeballs twitch, and it’s pretty wild. Some people grip my arm like they’re riding a roller coaster."

Once the condition is confirmed, patients undergo Epley’s maneuver, also known as the canalith repositioning maneuver, to return the calcium crystals to their proper place.

After the treatment, patients must restrict their head movement for the rest of the day. “They have to act like they have a crown on their head and keep their chin level,” Geiger said. “And that same night, they have to sleep reclined 45 degrees. This gives the crystals an opportunity to stay.

“For some people, just one treatment clears up the BPPV. But for most people, it takes another session or two. Unfortunately, research says a high percentage of people will have it happen again.”

According to the Vestibular Disorders Association, BPPV is the most common disorder of the vestibular system, a group of sense organs that play a role in balance, posture, movement and spatial orientation. In the senior population, BPPV is often linked to age-related degeneration of the inner ear. But it’s also associated with head trauma, ear viruses, Meniere’s disease and prolonged periods of inactivity.

The latter wasn’t an issue for Whitehead. Her busy days include socializing with friends, working in her yard and babysitting great-grandchildren. So her therapy was designed to get her back to all the activities she loves.

After Whitehead’s BPPV dizziness was resolved, she started an exercise regimen to address lingering balance issues. And she came a long way in just three weeks. “I rated her confidence level doing different activities, and she first scored a confidence level of 64 percent,” Geiger said. “Now, she’s 95 percent confident. I also did a dizziness handicap inventory, and she initially scored a 34 percent impairment. Now, it’s a 4 percent impairment.”

But the best measurement of Whitehead’s progress is her recovered ability to “get out and do.”

“Now, we have her to where she is totally independent,” Geiger said. “One day she came in for therapy and said she had been raking leaves that morning. She also is back driving to meet friends for lunch.”

For those whose life has been limited by similar balance or dizziness issues, Geiger suggests seeing an ear, nose and throat specialist who can refer them to a physical therapist specially trained in balance and vestibular disorders. Such therapists can be found at www.vestibular.org. Geiger can be contacted at Methodist Outpatient Rehabilitation Center in Flowood at 601-936-8888.