On the Road to Rio: Paralympic silver medalist Shaquille Vance prepares for the 2016 games with support of Methodist Orthotics & Prosthetics 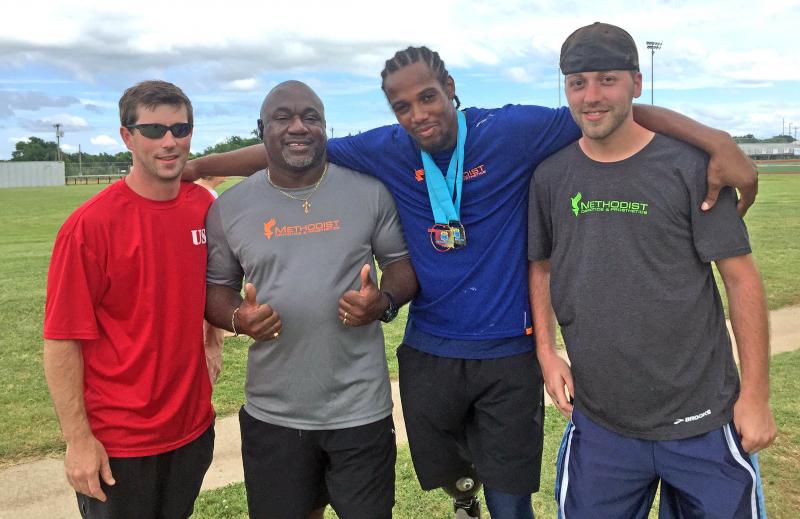 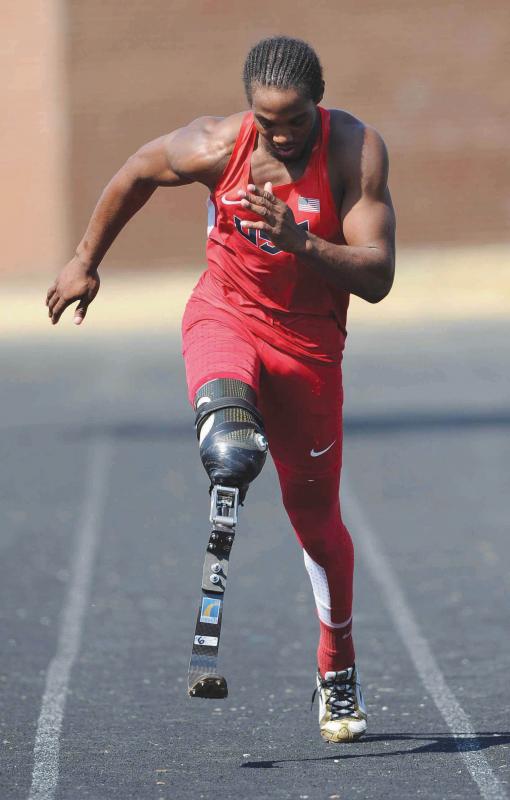 On Shaquille Vance’s road to the 2016 Paralympic Games in Rio de Janeiro, Brazil, Methodist Orthotics & Prosthetics has been with him literally every step of the way.

An above-the-knee amputee from a football injury, Vance has been competing in track and field events since 2010 with the use of a prosthetic leg made especially for sprinters known as a “cheetah.” The Flowood clinic fit him with the device and has been providing the athlete with sponsorship and clinical support ever since.

“Everyone at Methodist O&P has been fantastic, a great help,” Vance said. “Whatever I need they’ve been there to help me through it. So I’m definitely appreciative.”

Vance says he is currently training hard at his home in Houston, Miss., to get his “body and mind” ready for Rio, where he hopes to bring home some company for his silver medal.

“I already have one of those, so I’m definitely shooting for the gold medal,” he said. Vance won his silver in the 200-meter at the 2012 Paralympic Games in London, bested by Richard Whitehead of England.

Vance has his goal well within reach. He recently dominated his field at the U.S. Paralympic Track and Field National Championships held June 19-21 in St. Paul, Minn. In Paralympic sports, athletes compete only against opponents with similar injuries. Vance competes in the T42 classification for athletes with above-the-knee amputations.

“I missed the nationals last year, so I was really excited to get back and see if I could claim a national title again,” Vance said.

“We couldn’t be more proud of Shaq,” said Taylor Hankins, a certified prosthetist at Methodist O&P who oversees the clinic’s sports sponsorships. “He was the first athlete we sponsored, and he’s proven without a doubt that supporting adaptive sports is a great way for us to give back to the community and help our patients experience life without limitations.”

With Hankins’ help, Vance feels they’ve worked together to really fine-tune his running leg to stay fast and competitive.

“I’m using the same type setup that I won the silver with—it’s a different, better knee, but the same leg,” Vance said. “I’m so dialed into it that I don’t ever want to change it. I feel like it’s the one—so hopefully nothing happens to it! I’m in sync with it.”

Vance’s wins follow his strong showing at the 2015 Endeavor Games in Oklahoma City in early June. There he also came in first in both events.

“That was my first race in almost two years,” Vance said. “I felt like it was a great way to start back. Endeavor was the first race I ever did back in 2010. It’s a great environment.”

The Endeavor Games is an annual event that allows athletes with disabilities of all skill levels to compete. Methodist Orthotics & Prosthetics travels to the event every year with a group of sponsored athletes.

“Endeavor is great because it doesn’t matter what level of competition you are in, you’re still going to have fun,” Hankins said.

“Kenny’s a little bit of both,” Hankins said. “He goes out there to try the sports and have fun, but we always end up making him work.”

“This was my second trip to Endeavor,” Buford said. “I placed first in shot put and second in javelin. I can’t wait to go back next year. It really inspires me to see other people with disabilities get out there and give it 100 percent.”

Vance says he hopes he can be as much of an inspiration as his teammates are to him.

“They cheer me on,” Vance said. “I wish they could go to every race with me. They make things a lot easier just knowing they’re there.”

With his wins Vance earned his spot on the U.S. Track and Field Team, which will compete at the Para Pan-American Games in Toronto August 10-14. Then it’s off to the IPC Athletics World Championships in Doha, Qatar, in October.

Good showings at both events will likely earn Vance a spot on the 2016 U.S. Paralympic Team, and punch his ticket to Rio.

“I’m feeling good about making the team,” he said. “If I can stay focused and keep fit, I shouldn’t have a problem.”

Vance’s drive to excel suggests so.

“Right now I’m my own coach,” he said. “It’s more difficult that way, without having anyone over you to push you. But I’m motivated right now to get out there and prove to the world, to my state and to my country—everybody out there who believes in me—that I can be the next gold medalist.”