Cutting it close: A rare heart condition coupled with a stroke renews Jackson barber Sam Watkins’ resolve to stay fit and healthy for his family 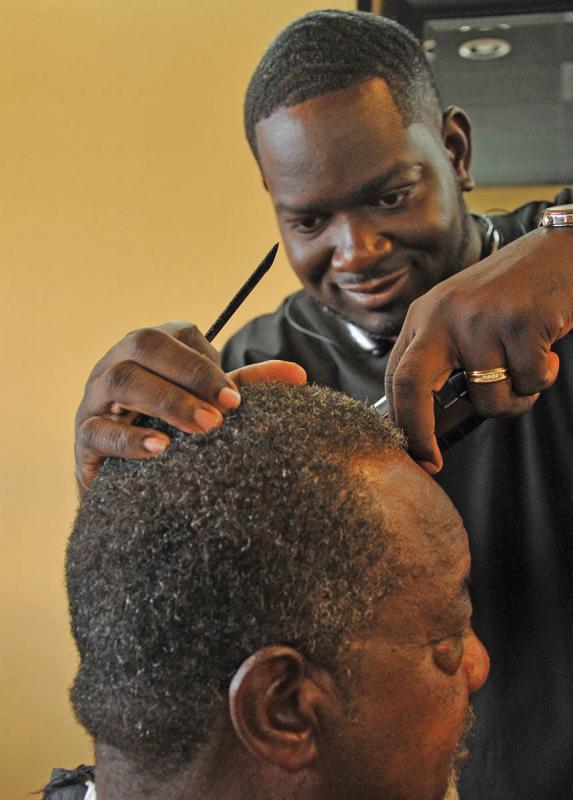 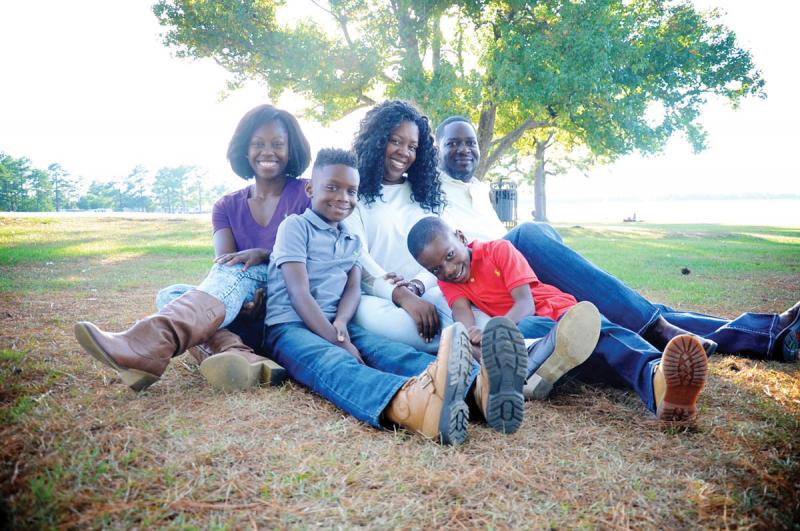 A dedicated family man, Sam Watkins is thrilled to be back enjoying activities with, from left, daughter Kyla, sons D.J. and Triston and wife Kimberly. 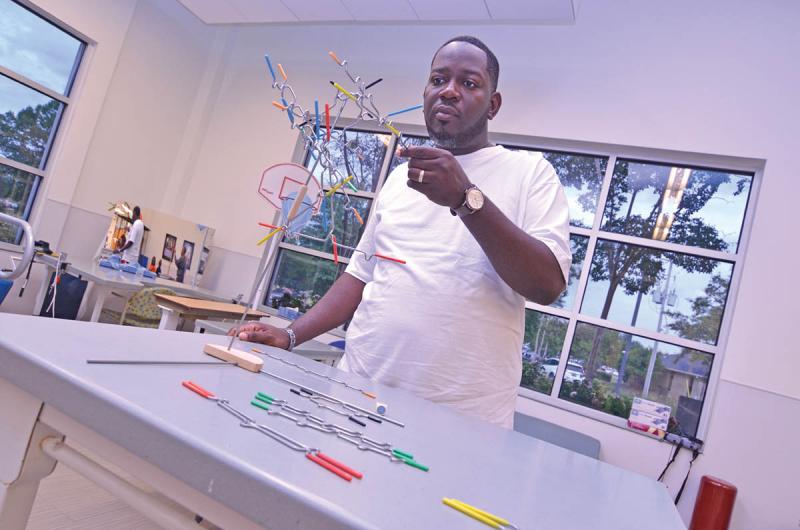 With his career as a barber depending on a full return of hand function, Sam Watkins focused on therapies to restore his fine motor skills.

Eight-year-old D.J. Watkins was at Methodist Rehabilitation Center when he saw a poster from the hospital’s Now I Can campaign.

It showed once paralyzed Hollie Harvey walking along a park path with her husband and three children. And the story it told sent D.J. racing to the room where his 33-year-old father lay paralyzed from a stroke.

At that moment, Sam Watkins III doubted he’d ever reclaim his life as a barber, husband and father of three.

“I was paralyzed on the left side, and I thought that was the way I would be the rest of my life,” he said. “I was so depressed, I didn’t know what to expect.”

But faced with D.J.’s simple faith, Sam knew he had to persevere.

“I came in the gym the next day with 150 percent drive,” Sam said. “All the therapists said: Who is this? If they asked me to do two sets of 10, I’d do three sets of 15. One of the therapists even came to my room and said: Can you come talk to one of our other patients?”

“What happened to me?”

A part-time caterer, Sam was prepping for a weekend job when he started experiencing chest pain on Feb. 6. “I thought it was gas,” he said. “But my wife said: Something’s not right.”

Kimberly, a speech therapist, called 911, and her caution may well have saved her husband’s life.

“Once they did a CAT scan at the hospital, their next words were: We have to get him into surgery immediately,” she said.

Sam had suffered an aortic dissection, a separation in the wall of the large vessel that carries blood from the heart to the rest of the body. The condition killed actor John Ritter in 2003, and there was no guarantee that Sam would survive surgery.

“They kept telling us Sam had a 50-50 chance,” Kimberly said. “Eight hours later, they said everything went better than expected and he’d be up walking by tomorrow.”

But a cascade of complications led to a stroke, and Sam spent 48 days in ICU. “Somewhere between Day 9 and 15, his left side stopped moving,” Kimberly said.

When Sam woke up, a tube in his throat kept him from talking. So Kimberly had to read his lips as he mouthed: What happened to me?

“I tried to explain,” she said.  “And his eyes were telling me: Wow, are you serious?”

When Sam was ready for rehab, Kimberly pushed for a transfer to MRC. And he was admitted on March 31.

“I was excited for him because he had so much potential to get better,” said Dr. Alyson Jones, who leads MRC’s stroke program. So she was concerned when Sam seemed to lose motivation.

“He was one of those patients who talked a good game, yet it wasn’t translating to the therapy gym,” Dr. Jones said. “We had to get on him. Someone that young, you want them to get back to things they love to do.”

“At first, you could tell he was a little sad,” said MRC occupational therapist Lindsey Parker. But the pep talk from D.J. did the trick.

“Then he started perking up,” Parker said. “The second he would finish what I gave him to do, he’d say: What’s next?”

MRC staff said Sam benefitted from strong family support, including a nurturing mom, a health care savvy wife and a brother who provided some tough love.

He also had plenty of customers pulling for him to reopen Exquisite Hair Design in Jackson. “Their biggest thing was get well soon because we can’t find a barber,” Sam said.

But the best motivation came from his kids. As a man who used to cut hair past midnight on Fridays so he could spend Saturdays with his family, Sam was eager to stay an involved dad.

“He’d say: Whatever you do, I’ve got to make my baby’s Jim Hill graduation and help her move to her dorm at Alcorn State University,” said MRC occupational therapist Ashlee Ricotta.

“He was so motivated that I looked forward to working with him. His smile would get bigger and bigger the more he accomplished.”

“It changed my life”

Ricotta began treating Sam after he began therapy at Methodist Outpatient Neurological Rehabilitation in Flowood in May. And she says he’s come a long way.

“He had very limited shoulder movement and hand function and would not have been able to handle a brush, scissors or comb,” Ricotta said. “He couldn’t even raise his arm to shoulder height.”

He was also unsteady on his feet and needed a walker to move safely. “He couldn’t shift weight to his left side without feeling like his leg was going to buckle and make him fall,” said MRC physical therapist Karen Klein.

After months of exercise to increase his strength, endurance and fine motor skills, Sam can tick off a long list of reclaimed abilities. “I’m walking unassisted, cutting my own hair, interacting with more family activities and getting the kids ready for school,” he said. “My next goal is to be able to jog again.”

Working out is one way Sam hopes to avoid another close call. He’s also determined to keep off the 100 pounds he lost after his surgery.

“Now, I only eat things that swim or fly—no more ribs,” he says of his protein choices.  “I grill or bake—no fried foods. And I only drink water with lemon.”

It might seem a sacrifice for someone who caters on the side and often cooks fat-laden Southern favorites for his customers. But Sam says he’s done with the lifestyle that led to the sky high blood pressure that preceded his stroke.

“It’s not hard now because this was such a scare,” he said. “It changed my life.”