Pearl woman improves after innovative Parkinson’s therapy, urges others to be screened for program on Feb. 23 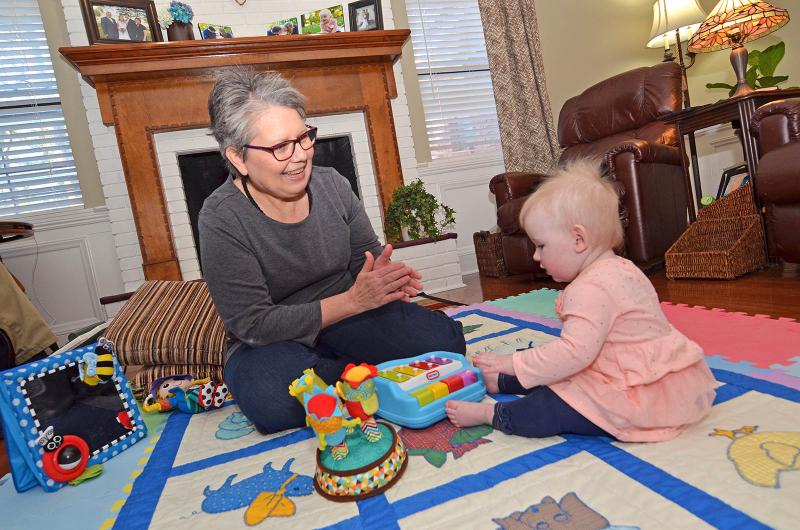 Maintaining the ability to play with her “grandblessing,” Price Brewer, was one reason Sheri Carter sought out Big and Loud therapy for Parkinson’s disease at Methodist Outpatient Neurological Rehabilitation in Flowood. 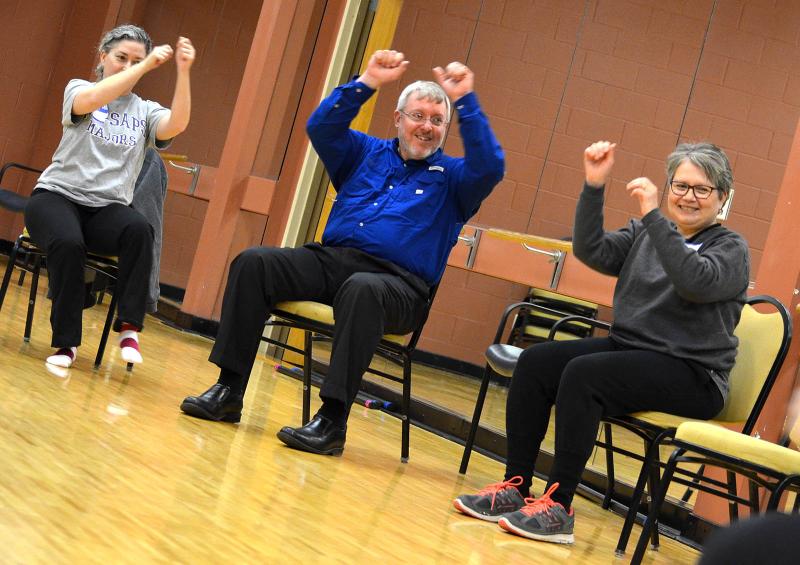 Patients, caregivers and other participants move to music during a session of the Dance for Parkinson’s class at Millsaps College in Jackson. From left, are Dr. Melissa Lea, associate professor of psychology and neuroscience at Millsaps, and Curtis and Sheri Carter of Pearl.

Sheri Carter feels like a toy soldier as she swings her arms and takes giant steps through her Pearl neighborhood.

But quitting the exercise is out of the question. It’s part of an innovative therapy that’s helping Carter keep her Parkinson’s disease symptoms at bay.

“My father was diagnosed with Parkinson’s at age 79, and he died at 82,” she said. “So I want to do everything I can to delay my progression.”

That goal brought Carter to Methodist Rehabilitation Center’s outpatient neurological clinic in Flowood, where she participated in LSVT Big and Loud therapy.

LSVT stands for Lee Silverman Voice Training and is the “Loud” portion of the program. “Big” refers to an exercise regimen that helps improve walking speed, balance and trunk rotation.

On Feb. 23, MRC will offer a free screening for Parkinson’s patients interested in Big & Loud. And Carter says she’d advise anyone to give it a try.

“She made significant progress with balance and her gait pattern,” Indest said. “And she had a normal walking speed by the time she left.”

“She was one of our top five patients when she went through the program,” said MRC speech therapist Kimberly Boyd. “She was very dedicated.”

Carter said her neurologist recommended Big & Loud therapy. And she chose MRC’s program for the convenience of doing speech and exercise therapy at the same place.

“I found out not many places in Jackson offer both therapies,” Carter said. “And once I met the people at Methodist Rehab, I was convinced it was the place to be. They were very encouraging.”

Considering the challenging nature of the therapy, a bit of cheerleading comes in handy. Patients do therapy four days a week for four weeks, as well as daily homework.

“I think the length of the therapy and the intensity is a very good thing,” Carter said. “Months later, I could remember the exercises because I did them so repetitively.”

The program is custom-tailored to each patient’s goals, even down to the words practiced in speech therapy. “I ask them for 10 functional phrases they use most often,” Boyd said.

Carter chose “be seated, please” as one of her phrases, as she was still teaching at the time.

Carter’s voice sounded normal to her own ears. But she had an “aha moment” when Boyd did an objective measure of the volume. “I was surprised I was speaking so softly,” she said.

Boyd said that’s a common reaction among Parkinson’s patients. Many don’t realize their disease-weakened voices are difficult to understand, and some even think their spouses have hearing problems.

“Their perception of their voice is not what ours is, so they can’t tell their voice is low,” Boyd said. “We do voice recordings during their initial evaluation and throughout their therapy. After a couple of weeks, I’ll have them listen and they are absolutely amazed. They can’t believe how much they’ve improved in such a short time.”

Indest said patients also can be confused about their walking ability. “What they feel is normal movement is not,” she said. So they practice making bigger movements during therapy, such as lengthening their steps and swinging their arms wide.

“Big doesn’t replace interventions with medications,” Indest said. “But it does address a lot of the impairments people have that get progressively worse, such as a shuffling gait, slow movements, loss of trunk rotation, postural changes and muscle rigidity.”

Among Carter’s first symptoms was stiffness in her left arm and leg, which led to an awkward gait. “It was causing leg, back and hip pain,” she said. So she was delighted to begin physical therapy before things got worse.

“I was thrilled to start the program while I was still active,” she said. “I wanted to be able to maintain my abilities.”

Today, Carter stays active, playing with Price, her 9-month-old “grandblessing,” leading a senior exercise class and attending a Dance for Parkinson’s class with her husband, Curtis, at Millsaps College in Jackson.

“I try to look at the silver lining,” she said. And she does her best to encourage others dealing with a Parkinson’s diagnosis.

“It’s not what you want to hear by any means,” she said. But there’s improvement to be found in programs like Big and Loud and Dance for Parkinson’s.

“Exercise is so important for me to be able to function,” she said. “It helps to be proactive to maintain a good quality of life.”

Methodist Outpatient Neurological Rehabilitation in Flowood, a division of Methodist Rehabilitation Center in Jackson, will offer a free screening for Parkinson’s patients interested in Big and Loud therapy on Feb. 23. To schedule an appointment, Call 601-936-8889 or go to www.methodistonline.org/lsvtscreening.