Save your voice: Candidates to choir members benefit from healthy vocal habits 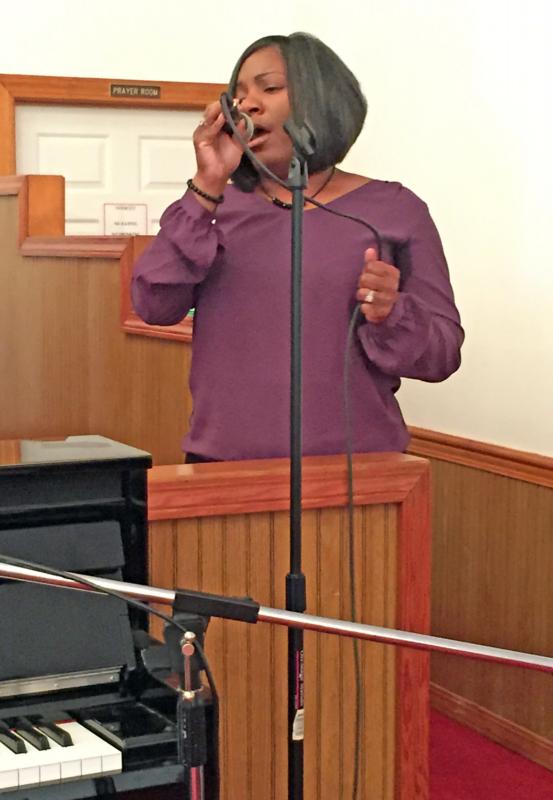 After voice therapy at Methodist Outpatient Neurological Rehabilitation in Flowood, Wanda Sharp returned to singing in the choir at New Truelight Missionary Baptist Church in Canton. The clinic is a division of Methodist Rehabilitation Center in Jackson.

Candidates want to end speeches with a bang instead of a whisper.

The term describes habits that promote a strong and healthy voice. And the strategy could save the loud and long-winded from committing vocal abuse.

“Many candidates use their voices in ways that cause strain,” said the therapist for Methodist Outpatient Neurological Rehabilitation in Flowood, a division of Methodist Rehabilitation Center in Jackson.

“Donald Trump is the biggest yeller of them all.”

In December, Trump confessed to laryngitis. But not all politicians are so forthcoming. Wise said some public officials stay mum about speech problems or voice therapy.

“I have no idea why," she said. "It’s not like it’s something to be ashamed of.”

Typical patients use their voices for their livelihood, such as teachers, preachers, coaches, singers, actors and yes, politicians. Most see speech therapists after a referral from an ear, nose and throat doctor.

Wanda Sharp of Canton, a dedicated soprano for the choir at New Truelight Missionary Baptist Church, sought help when she began losing her voice.

“I didn’t know what was going on,” she said. “My ENT discovered my vocal cords were swollen due to acid reflux. It was affecting my singing and causing my throat to burn. He sent me to therapy.”

“Abuse is using your voice too much or too loudly—teachers who talk all day long, coaches who have to yell a lot or singers that have to project,” she said.  “Misuse is using a pitch that is too high or too low or singing outside of your range. Improper air flow or breathing support also puts strain on your vocal cords.”

The latter problem sent Melvin Moore of Jackson to therapy. He wanted to be able to continue his reading duties at Kingdom Hall—Jehovah’s Witness in Jackson.

“I have COPD (chronic obstructive pulmonary disease), and I have trouble with my breathing,” he said.

Moore had weak muscles around his vocal cords, so he spent much of his therapy time on strength and breathing exercises. He also learned to pace his speech and avoid voice extremes.

“Whispering is actually worse than using a normal voice,” Wise said. “Talking too loudly or softly can affect the vocal cords.”

For those at high risk of vocal fatigue, Wise recommends sessions of total silence. “I had one preacher do vocal rest certain hours of the day,” she said.

For another, she advised using a microphone for his sermons. “His voice problems had been going on for a couple of years and were very obvious,” she said. “The little ladies in the church would get him hot tea.”

Wise said the strain of talking over chatty students or humming computers is a problem for teachers.  They’re told to eliminate as many background noises as possible.

Wise says all her patients get a list of dos and don’ts.

“We advise against smoking or excessive caffeine or alcohol because that can dry everything out. And we recommend drinking a lot of water to keep the throat and vocal cords moist,” Wise said. “There are also mouth sprays, chewing gum and hard candies to increase saliva production.”

If anxiety or stress is a factor, Wise says relaxation exercises can relieve throat tension. And exercise in general helps with breath support.

Wise says those with gastric reflux can lessen voice complications by avoiding certain foods, elevating the head of their bed and losing extra weight.

And she teaches everyone to do vocal warm-ups to prepare the voice for excessive demands.

Moore said his voice has “very much improved” from his six weeks of speech therapy. And Sharp says she’s ready to reclaim her seat in the choir.

“I’m easing back into it,” she said. “I actually went to choir rehearsal last night and did really well.”

As for candidates who are now facing the demands of a hectic caucus schedule, Wise says they would be prudent to practice vocal hygiene.

After all, it’s hard to be the voice of the people when you’ve got laryngitis.