Driven to independence: Donation of van helps Nikosha Anderson of Jackson get back on track after a spinal cord injury 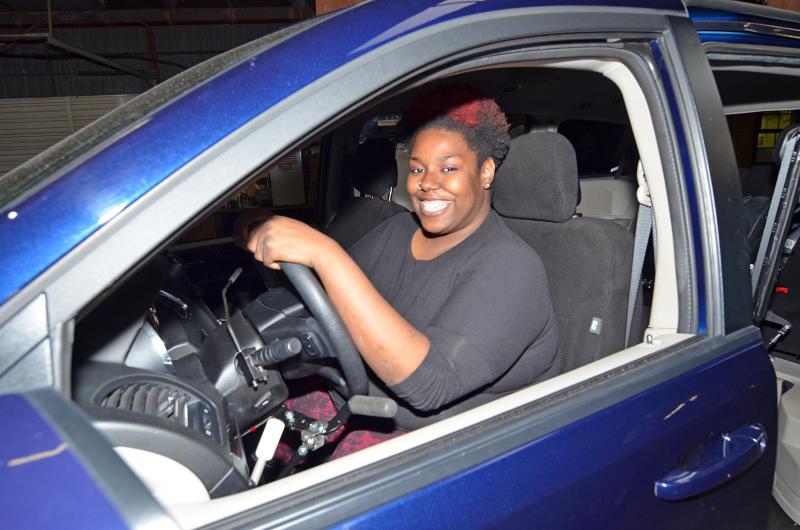 Nikosha Anderson of Jackson was all smiles the day she got the keys to the van she was gifted by an anonymous benefactor. Training through MRC’s Driving Rehabilitation Program in Flowood allows her to drive the vehicle, which is modified with hand controls for persons with paraplegia. 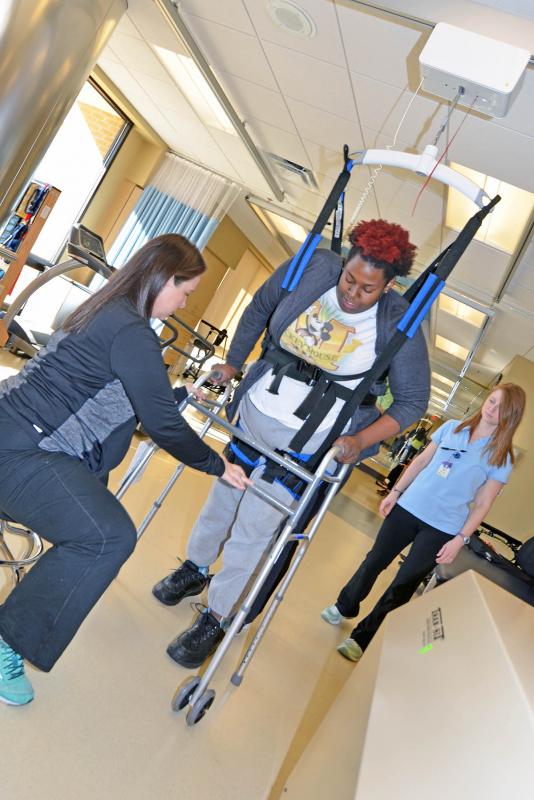 More than two years after a paralyzing car wreck, Nikosha Anderson’s life was finally coming back together.

She had returned to college, her 5-year-old son was starting school and she was finishing rehab.

“Everything was falling into place,” the Jackson resident said.

But one piece was still missing. Like many wheelchair users, Anderson faced the daily challenge of finding transportation. It made juggling school, medical appointments and caring for her son R.J. difficult.

“Medicaid provides for some transportation, but that only takes you to doctor’s appointments,” Anderson said. “There’s Jatran, but sometimes they don’t run on time and with school you have to be on time for class. So it was an issue.”

But then the final piece of the puzzle fell into place, in a most unexpected way. Thanks to a stranger’s generosity, Anderson received a van that could be modified to meet her unique needs as a paraplegic driver.

“I couldn’t really believe it,” she said.

An anonymous benefactor had donated the van to Methodist Rehabilitation Center and the Jackson hospital’s Navigator program chose Anderson from a pool of potential recipients.

“We wanted it to go to a person who truly needed a van and were motivated to make good use of it, but might not have the financial means,” said Arash Sepehri, care coordinator for the program which connects spinal cord injury patients with resources to help ease the transition from inpatient rehab to home.

Anderson, 27, had gone through inpatient and outpatient rehab at MRC and was attending the center’s Quest program. Located on Lakeland Drive in Jackson, the outpatient program helps people with brain or spinal injuries make a successful return to work, school or home life.

“She has been so motivated throughout our entire program,” said Erin Perry, Nikosha’s physical therapist at Quest. “She really deserved this.”

“She’s so motivated that she has been a motivator to all of our other patients,” added Allison Harris, her occupational therapist.

Anderson graduated from Hinds Community College last fall and is now pursuing a degree in counseling at Jackson State University. She had been attending Mississippi State University and was home for summer break when she had her accident in 2013.

“Since my injury, there were many things I wanted to do that I didn’t think I would be able to, like driving again and going back to school,” Anderson said. “Quest has helped me get back to ‘me.’ At first I was scared to go to school, but they showed me that I could do it. They’ve been a big support system for me.”

Quest referred her to MRC’s Driving Rehabilitation Program at its outpatient facility in Flowood. There, Anderson received the training necessary to drive a vehicle modified with hand controls.

“She was giddy to be able to do the things she used to do for her child,” said Ashlee Ricotta of Brandon, a certified driving rehabilitation specialist at MRC. “After her injury, she had to rely on her mother to give her rides and help out with caring for R.J.”

“Now I can do more for myself,” Anderson said. “I get to take my baby to school in the morning and pick him up, and he’s so happy about that. I get to take myself to class and go to my appointments.”

And not only does the van make it easier to get where she’s going, it makes it easier for her to get around once she gets there.

That’s because the Mississippi Department of Rehabilitation Services provided funding to modify the van to accommodate Anderson’s power wheelchair.  Before, she had to use a manual wheelchair because it fit in her mother’s car.

But now she can roll her power wheelchair up a ramp into the van. Once inside, she has the option of driving the van from her wheelchair or transferring to the driver’s seat.

Anderson had to meet certain criteria to qualify for the MDRS funding.

“They’re required to have their own vehicle, which must meet certain specifications,” Harris said. “It has to be under 30,000 miles and less than five years old, for example. Then the modifications are paid for by MDRS’ Office of Special Disability Programs or Vocational Rehab, or a combination of both, as it was in Nikosha’s case.”

Anderson had been looking into getting a van, but it would have been a financial hardship.

“For many people getting that new of a vehicle can be hard,” Harris said.

“So this has been huge,” Perry said. “And a huge step toward her independence. It just makes life a lot easier.”

Not just for her but also her mother, Anderson says.

“It’s given her a much-needed break from these past two years, when everything just changed,” she said. “She gets to sleep a little later, so she’s loving it!”

Anderson also gave back to Quest and got valuable work experience by serving as a volunteer at the clinic doing clerical work.

“She did whatever we needed her to do, with a big smile on her face,” Harris said.

Anderson is now a graduate of the Quest program, but continues to see Perry for physical therapy. She also continues her road to independence—she will soon move into her own place with her son.

“I feel like I’m more myself than what I used to be,” she said.