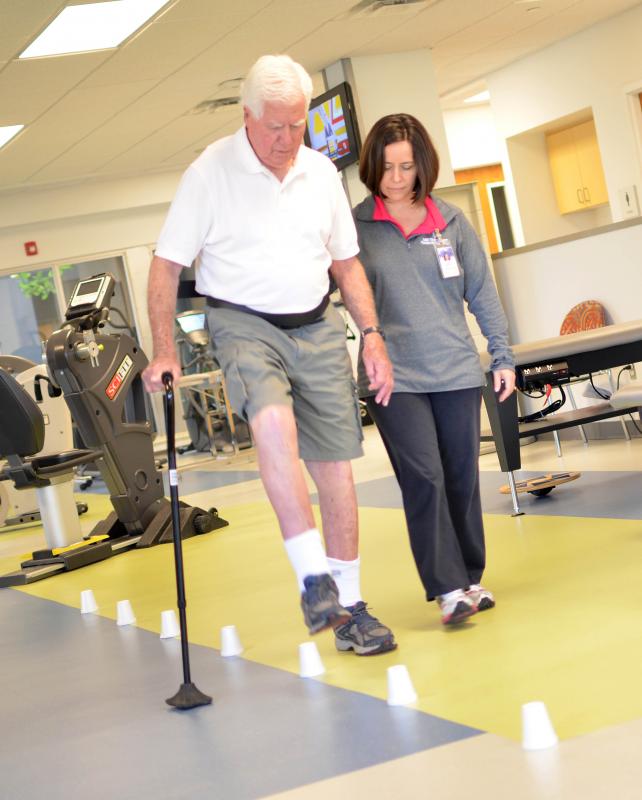 Susan Geiger, a physical therapist at Methodist Outpatient Rehabilitation in Flowood, works with Al Simon on exercises designed to improve his balance. Geiger is specially trained to help patients with vestibular disorders. 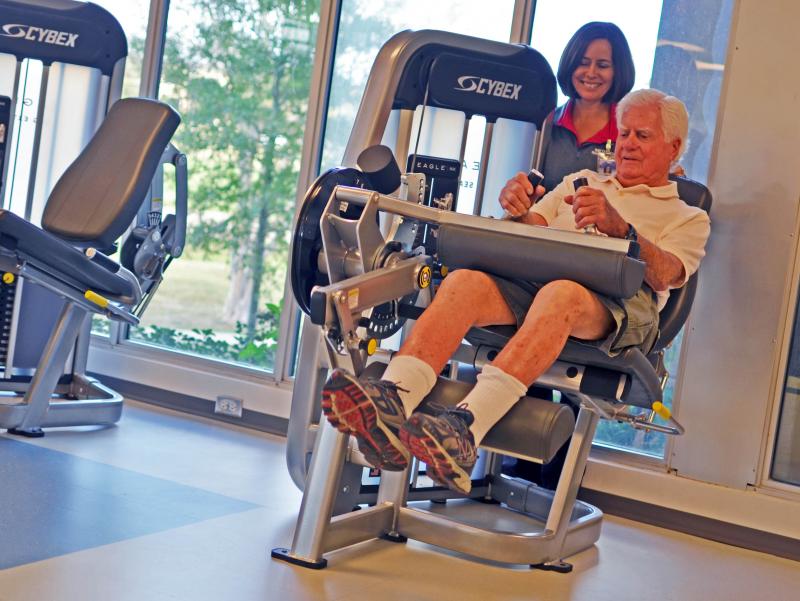 Al Simon works on strengthening his legs under the guidance of Susan Geiger, a physical therapist at Methodist Outpatient Rehabilitation Center in Flowood. 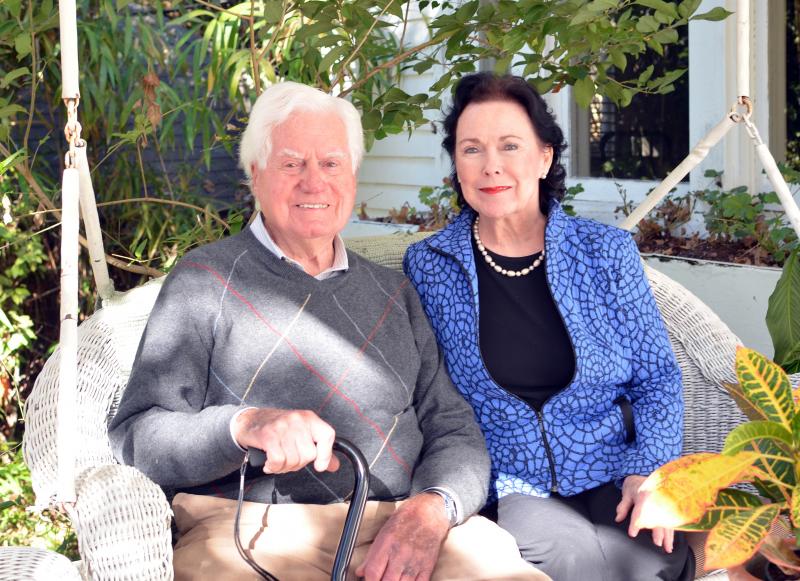 . Al and Margaret Barrett Simon are grateful to be back to their regular routine now that Al has recovered from a debilitating vestibular disorder.

Al and Margaret Barrett Simon begin every day with the same ritual.

Al delivers Margaret a cup of coffee while she’s reading the newspaper in bed.

But on Aug. 12, the routine went awry for Al, a Jackson State University professor, and Margaret, vice president of the Jackson City Council and an eight-term representative for Ward 7.

“I went back to the kitchen and everything went whirling around a mile a minute,” Al said. “I said: ‘Help me, help me’ and Margaret came running into the kitchen. She said: ‘What’s the matter?’ And I said: ‘I don’t know.’”

Margaret called 911 and an ambulance and fire truck soon arrived at the couple’s Belhaven home in Jackson. “It took three firemen and a medic to get me in the ambulance,” Al said. “And even when I got to the emergency room, things were still spinning around.”

Doctors suspected the 89-year-old was having a stroke. But when MRI and CAT scans didn’t reveal any brain bleeds or blockages, Al spent a week in the hospital undergoing more tests.

“It took some time to get a clear diagnosis,” said Margaret. “Not a lot of people know about vestibular neuritis.”

One exception is Susan Geiger, a physical therapist at Methodist Outpatient Rehabilitation in Flowood. Her special training in vestibular rehabilitation has made her a valuable resource for patients diagnosed with the condition and the doctors who treat them.

Geiger said vestibular neuritis occurs when an infection inflames the nerves that send sensory signals from the inner ear to the brain. The result can be vertigo, dizziness and difficulties with balance and vision.

After being examined by Dr. Thomas Eby, a professor of otolaryngology and neurology at the University of Mississippi Medical Center in Jackson, Al learned he had 100 percent loss of vestibular function in his left ear.

Vertigo—a violent spinning sensation—was Al’s primary symptom. But Geiger said the condition can cause less obvious signs, too. “One thing you wouldn’t suspect is confusion or difficulty processing busy environments,” she said. “A lot of noise or visual stimulation can overwhelm the vestibular system.”

After Al was referred to Geiger for treatment, he underwent testing to objectively measure his abilities. According to the Vestibular Disorders Association, such exams look at how well the legs are sensing balance, how well the sense of vision is used for orientation and how well the inner ear functions in maintaining balance.

A regular in the gym and an avid tennis player, Al had been in good shape before his diagnosis. But he didn’t fare well on a questionnaire that measured the impact of dizziness on his lifestyle.

“His score was 56 percent functional impairment, which is pretty significant,” Geiger said. “It was obviously enough to affect his normal daily activities.”

He also didn’t do well on the Berg Balance Test, which measured his ability to stand with his eyes closed. “He scored 19 out of 56 and anything less than 42 signifies you are at risk for falls,” Geiger said.

Al, who has a doctorate in health and physical education, wanted to return to work. So he was eager to start the ambitious exercise regimen that Geiger had planned for him.

“Susan seemed to have an understanding of Al’s ferocious determination,” Margaret said.

“I’m a very competitive person,” Al admitted. “I cheat even when I play Solitaire. And I made a lot of progress simply because of the way Susan handled me.

“In her very kind way, she didn’t cut me any slack. She’s well trained in what needed to be done to help me overcome my deficits. I’ll always be indebted to her.”

Al also benefitted from family support, particularly having his daughter Ellen Simons move in with the couple for six weeks. “They weren’t going to let me out of the hospital unless she came,” Al said.

To ensure Al continued to progress once therapy was over, Geiger met him at his gym to recommend an ongoing workout routine.

By Oct. 3, Al was once again driving himself to work and diving back into his busy schedule. And he’s also back to bringing his wife that morning cup of coffee.