“Tiger by the tail”: Dr. Vernon Lin focuses his Type A intensity on bringing more physical medicine and rehab doctors to Mississippi 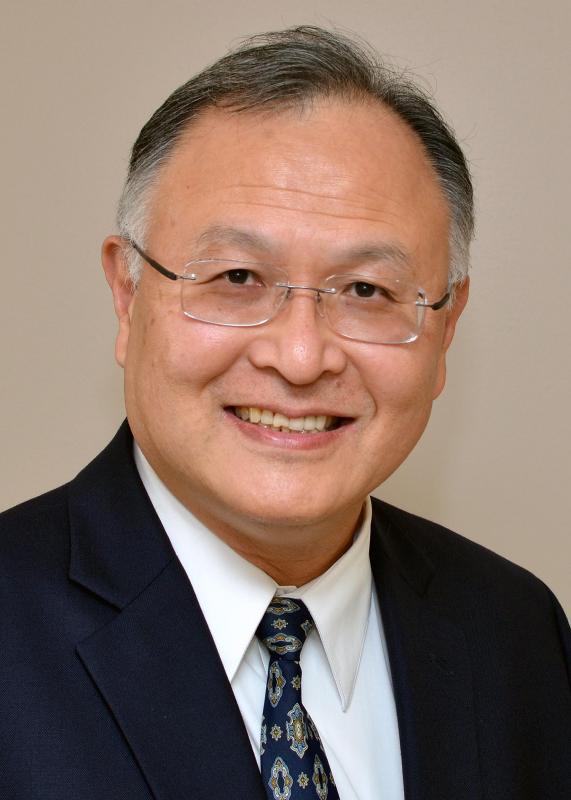 Dr. Vernon Lin is 6 feet 3 inches tall and has a resume 21 pages long.

But it’s his Type A intensity that got the attention of Dr. Louis Harkey, chairman of the neurosurgery department at the University of Mississippi Medical Center (UMMC) in Jackson.

Harkey recently hired Lin as chief of the new Division of Physical Medicine and Rehabilitation (PM&R) at UMMC.

“And we found out we have a tiger by the tail,” Harkey said. “He is incredibly aggressive. He visited several times and made plans well before he set foot on campus as an employee.”

There were clues, of course, to Lin’s dynamic nature.

In addition to his medical degree, he has a bachelor’s in biochemistry, a master’s in mechanical engineering and a doctorate in biomedical engineering—all earned after he immigrated to America from Taipei, Taiwan at the age of 15.

“I was kind of messy in my learning,” Lin concedes with a smile. “But I can’t say I’ve had one class that was a waste of time. I’ve been able to apply everything I’ve learned.”

His versatility will be of value as he pairs his UMMC job with directing the medical team at Methodist Rehabilitation Center.

The private non-profit hospital on the UMMC campus signed an affiliation agreement with UMMC in 2014. Ever since, the two hospitals have collaborated on neuroscience research, clinical care and education. And Lin believes the united effort is on the cusp of creating “a measurable effect on people with disability in the state of Mississippi.”

“The potential is there for a physical medicine and rehabilitation department that will interact with health care systems within and outside of Mississippi and be a center of excellence,” Lin said.

That’s a major goal of the UMMC/MRC partnership, and Harkey said there are two basic criteria for PM&R to advance from division to department.

“No. 1, the clinical enterprise will need to be financially viable, meaning faculty members will have to be productive and have patients,” Harkey said. “No. 2 is the department will have accreditation for a residency program approved by the Accreditation Council for Graduate Medical Education for physical medicine and rehabilitation.”

True to his go-getter nature, Lin has a “very aggressive timeline” in place to gain accreditation, Harkey said.

“The best case scenario is we would accept PM&R residents by July 2018,” Harkey said. “The intent is to have two residents each year of a three or four-year program.”

The residents will be trained by the PM&R staffs that see patients at UMMC and MRC. And Lin is happy to be among the front-line physicians.

He said his love for trouble-shooting complicated problems is what drew him to PM&R, a specialty that focuses on conditions affecting the brain, spinal cord, nerves, bones, joints, ligaments, muscles and tendons.

“Initially, I was always bent on internal medicine,” he said. “But in my fourth year of medical school, we had a required rotation in PM&R, and it had everything I wanted. There were enough scientific rigors, and I could apply engineering principles. Best of all, it’s tailored to taking care of people with grave disabilities—not little problems, big problems.”

Recent Methodist Rehab patient Linda Farr of Jackson counts herself among those with big problems. And she said Lin’s expertise and his caring bedside manner gave her great comfort.

“I found Dr. Lin to be such a wonderful physician, as well as an encourager,” she said. “For a man of that caliber to show interest in me, I was totally impressed. At my discharge he presented me with a verse from Philippians 4:6-7, ‘Do not be anxious about anything, but in everything, by prayer and supplication with thanksgiving, let your requests be made known to God. And the peace of God, which surpasses all understanding, will guard your hearts and your minds in Christ Jesus.’”

Farr said the gesture meant a lot after a bout with respiratory failure left her severely debilitated and needing intense therapy. “I got sick so quickly and seriously that I changed from being very active to an old person,” she said.

Lin could relate because he knows what it’s like to have your world suddenly upended. When the political climate changed in Taiwan in the 70s, Lin, along with his physician father, public health nurse mother, brother and sister abruptly moved to Sacramento, California. And the transition could not have been easy. “I knew just a little bit of English,” he said.

But it wasn’t long before Lin found a place on his high school’s basketball court. “I played varsity as a freshman,” he said. “And I excelled in math and science, so I was automatically in the academic crowd.”

Although he planned to attend medical school from the age of 10, Lin first accepted a scholarship to study biomedical engineering at Boston University. “But I got a little homesick and came back to the University of California Davis and changed my major to biochemistry,” he said.

Lin said while he found the learning of biochemistry and genetics was rather exciting, the laboratory work that led to these advances was tedious, and was also unforgiving. “If you make one mistake in the lab, your results are no good,” he said.

So he switched to mechanical engineering and managed to complete a master’s degree in just five quarters. Medical school still beckoned, however, and he graduated from the UC Davis School of Medicine in 1989. Eight years later, he earned a Ph.D. in biomedical engineering.

Today, his hefty bio reveals a man who thrives on diverse interests, including research, teaching and health care administration. Most recently, he was a Professor of Medicine in the Department of PM&R at the Cleveland Clinic Learner College of Medicine, Case Western Reserve University in Ohio.

The Cleveland Clinic recently ranked No. 2 among U.S. News & World Report’s Best Hospitals. But if Lin has any misgivings about leaving the prestigious center, it doesn’t show.

“What really brought me to Mississippi is there is no physical medicine and rehabilitation academic program, and I think it’s wonderful UMMC wants to start a program,” he said. “Now, the entire state might have 20 PM&R Doctors. And by the time I retire, there might be four or five times that to meet the growing needs of people with disabilities.

“The sky is the limit depending on how much we want to invest in our own future and our ability to care for complex cases.”