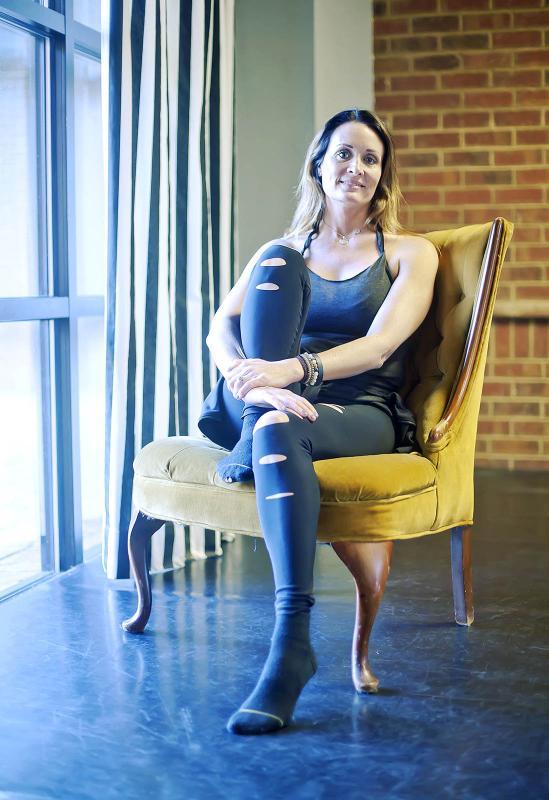 Melanie Creek, owner of Xpress Dance in Madison and Brandon, has been dancing for more than 30 years. / Photo by Melanie Thortis 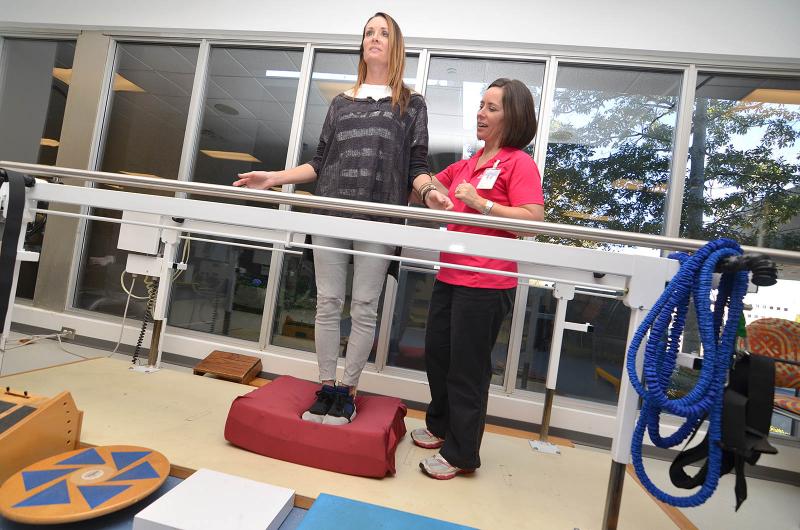 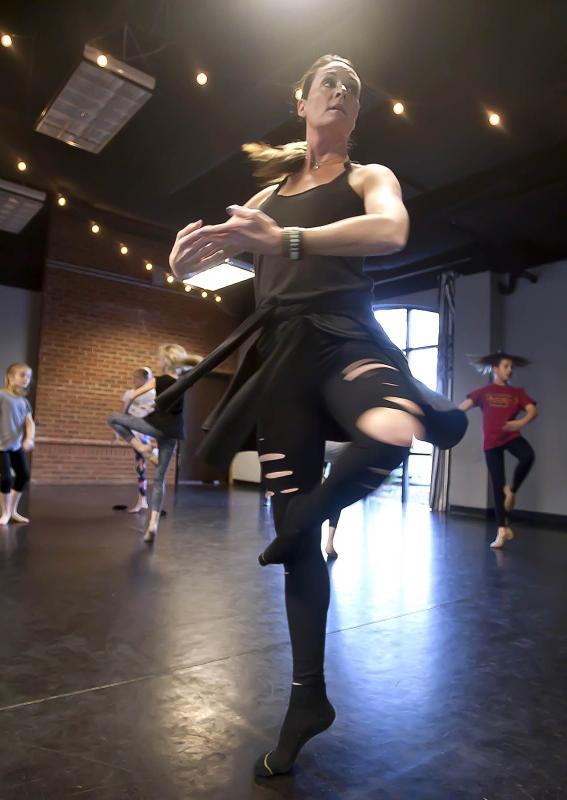 As she leads her Madison students through an improvisational dance session, Melanie Creek displays why good balance control is so important to her career. / Photo by Melanie Thortis

As she leads her students at Xpress Dance in Madison, Melanie Creek moves with grace and fluidity, the product of more than 30 years of practice.

But back in July, she was more like a wobbly toddler taking her first steps. “I couldn’t even walk straight,” she said. “It was really scary and very frustrating.”

Creek’s problem was a debilitating balance disorder. And the dancer credits physical therapist Susan Geiger for choreographing her comeback.

“She was able to tell me why I was feeling the way I was feeling. And it was refreshing to have someone understand my symptoms,” Creek said. “There was a point I thought I was going a little crazy.”

At Methodist Outpatient Therapy in Flowood, Geiger is specially trained to rehabilitate the vestibular system, a group of sense organs that play a role in balance, posture, movement and spatial orientation.

And Creek was definitely in need of her expertise. After she fell ill following a flight to an Orlando dance convention, Creek was diagnosed with benign paroxysmal positional vertigo (BPPV), the most common disorder of the vestibular system.

“About 24 hours after the flight, I was dancing and choreographing the end of a piece when I heard ringing in my right ear and it went completely out,” Creek said. “I thought I had a clogged ear or sinus infection. The dizziness and being off-balance happened the next day, and I had to get someone else to teach my classes. I was able to teach the following day, but I was very nauseated and very dizzy.”

After visiting two medical clinics and an emergency room, Creek was told to get a steroid shot for her hearing once she got home. “I got three shots within six weeks and was able to regain some of my hearing,” she said. “But the worst part was the vertigo and vestibular issues. That’s when I went to see Susan.”

Geiger said BPPV is caused by misplaced calcium crystals in the inner ear. About the size of a grain of sand, the crystals normally stay attached to an area of the ear that helps the brain sense gravity. But when they dislodge, BPPV sufferers can mistakenly feel as if their heads are turning.

To accurately treat BPPV, therapists put patients through a set of transitional moves to help confirm the diagnosis and pinpoint the affected area of the inner ear.

“The last thing is the Dix-Hallpike maneuver, a specific position you put the patient in to provoke symptoms of the condition,” Geiger said. “I am looking for a twitching eyeball movement called nystagmus.”

Once the condition is confirmed, patients undergo Epley’s maneuver. The repositioning technique can return the calcium crystals to their proper place.

“For some people, just one treatment clears up the BPPV,” Geiger said. “But for most people, it takes another session or two. Unfortunately, research says a high percentage of people will have it happen again.”

A sought-after teacher and choreographer for classes across the country, Creek’s career hung in the balance if she couldn’t recover. So Geiger made sure she addressed the dancer’s specific weaknesses.

“I ended up asking her if I could watch her teach one night,” Geiger said. “That helped decide the things she still needed to work on. If you are a dancer and dizzy, those two things don’t go together.”

After her dizziness and nausea faded, Creek still had to deal with more subtle signs of her vestibular injury—fatigue, foggy-headedness and motion sensitivity.

Geiger said the symptoms often result from trying to process busy environments. “A lot of noise or visual stimulation can overwhelm the vestibular system,” she said. “Places that can be difficult include busy restaurants or grocery stores.”

To counter such assaults on the senses, Geiger advises patients to shop at off times and choose restaurant seating that’s away from the majority of the room. “I also encourage them not to plan anything else if that is their event for the day.”

As Creek can verify, it’s not wise to overdo. “I had two bad days after I took my kids to the fair,” she said. “It took me awhile to understand overstimulation is all connected to your eyes and ears. I was walking around and there were five million things going on at one time.”

As someone with a Type A personality, Creek has it tougher than most. She owns studios in Madison and Brandon, and a typical day is a whirlwind of teaching, choreographing, managing staff, registering students and ordering costumes.

Still, Creek said she has learned to listen to her body more and rest when needed. And when others complain of dizziness, she tells them about her experience.

“I heard someone the other day, and I said you need to go to Susan. She was such a blessing through all of this. She was able to help when no one else could.”