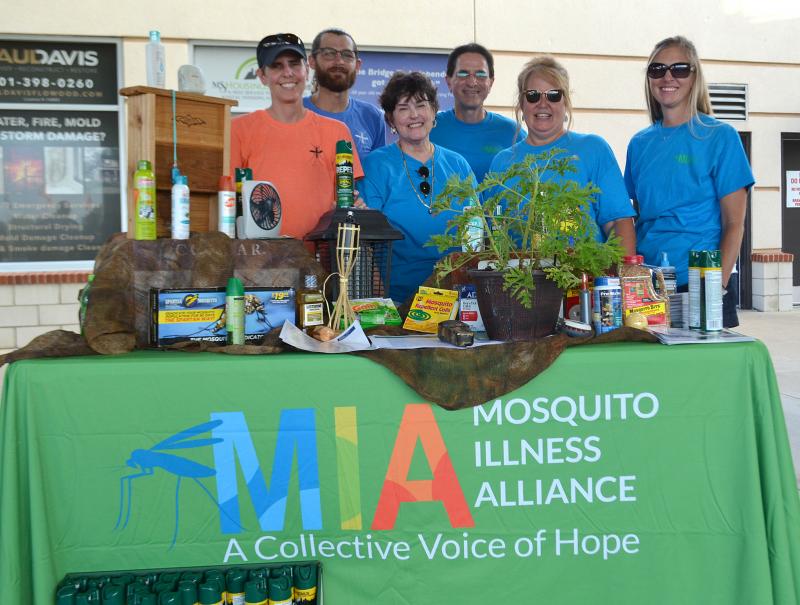 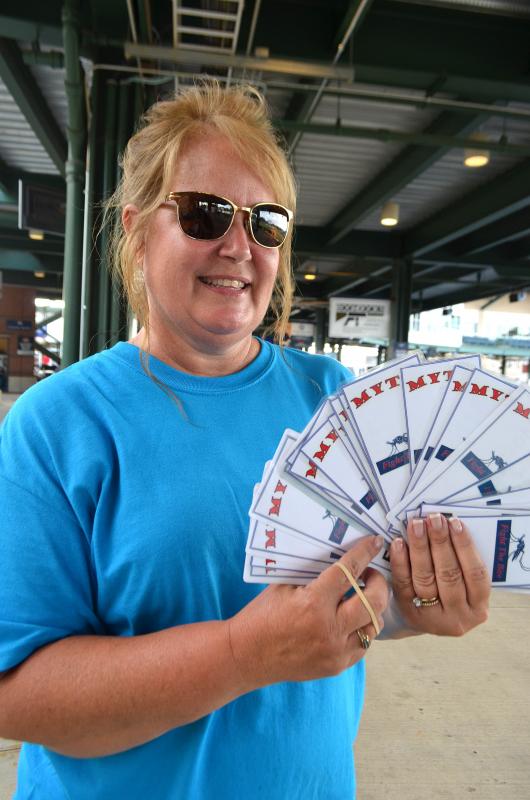 Pick a card, any card, says Sharon Sims, president of the Mosquito Illness Alliance. The game teaches participants the difference between mosquito prevention myths and facts.

Whenever mosquito illnesses hit the news, Dr. Art Leis serves as a reliable resource for local media. A senior scientist for Methodist Rehabilitation Center in Jackson, Leis has been researching West Nile Virus infection since 2002. 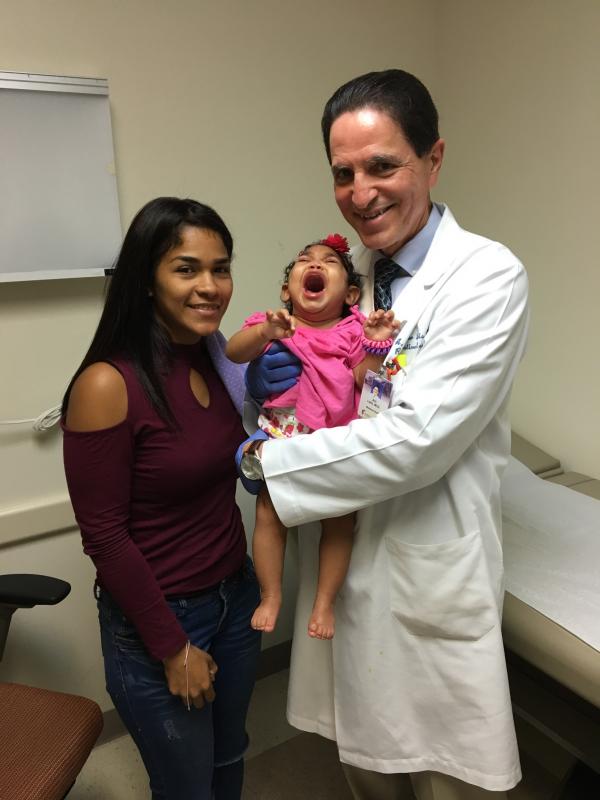 Dr. Art Leis, a senior scientist at Methodist Rehabilitation Center in Jackson, has been traveling to Puerto Rico to do research on children who were born to mothers who were infected with Zika virus during pregnancy. “The goal is to learn what the virus can do. You’ve got to study your enemy,” he said.

This time of year, people hardly notice the number of bird baths, pet bowls and flower pots in yards across the South.

But Dr. Art Leis and Sharon Sims see the containers as incubators for the enemy.

Many of the vessels contain squiggly colonies of mosquito larvae. And after the baby bloodsuckers hatch, they tend to bite the hand that grew them.

“If you are raising mosquitoes in your backyard, that’s where they are going to live,” said Sims, president of the Mississippi-based Mosquito Illness Alliance (MIA). “They don’t fly very far.”

MIA formed last year with Sims as president and Dr. Leis as a board member. The non-profit group strives to increase awareness of mosquito-borne illnesses, and it’s no mystery why Leis and Sims are involved. Both know the damage that diseases like West Nile virus infection can cause.

A neurologist and senior scientist at Methodist Rehabilitation Center in Jackson, Leis got his first glimpse of WNV’s impact in 2002.

That year, he and fellow researcher Dr. Dobrivoje Stokic were the first in the world to report that WNV can target the motor neurons of the spinal cord, causing muscle weakness, fatigue and a polio-like paralysis.

The two scientists have since published over 20 manuscripts about WNV. And their ongoing work continues to explore the long-term impact of a virus that has killed more than 2,000 Americans and sickened over 46,000.

Sims was a Mississippi State Department of Health employee when she launched the nation’s first WNV support group in 2003. Through MIA, she still organizes quarterly support group meetings at Methodist Rehab and at LiveWell Center in Hattiesburg.

Lately, Leis and Sims’s expertise has been more in demand than ever, thanks to a recent report from the Centers for Disease Control in Atlanta.

According to the agency, illnesses from mosquito, tick and flea bites tripled in the U.S. from 2004 to 2016. In all, the study identified nine new viruses or bacteria transmitted by mosquitoes, ticks and fleas that can cause human infection.

“Since the report came out, there’s a new virus causing human clinical infection. It is called Keystone virus and it’s part of the California encephalitis group,” Leis said. “It was isolated from an infected person in Tampa Bay, Florida.”

It remains to be seen how big a threat the new bacteria and viruses will be. But Leis doesn’t discount the possibility of an eventual epidemic.

“This exemplifies the dangers of emerging viruses. We don’t fully understand why a virus remains off the radar screen for 60 years, then causes a million cases overnight.”

“You’ve got to study your enemy”

Zika hit the news in recent years because of its severe impact on developing fetuses. “Zika fetal syndrome results in multiple central nervous system malformations, including babies being born with abnormally small heads because of lack of brain development,” Leis said.

Those children are the focus of an MIA project that has been taking Leis and Sims to Puerto Rico.

“We are going regularly to do clinics on children who were born to mothers who were infected with Zika virus during pregnancy,” Leis said. “We are also performing medical and neurological assessments on these children and creating a database so we can do follow-up throughout their lifetime. The goal is to learn what the virus can do. You’ve got to study your enemy.”

MIA is also seeking funding to work with two groups in Puerto Rico to develop a supportive network for families, caregivers, providers and researchers affected by Zika. “This will include developing support group meetings, such as the successful WNV community we developed here in Mississippi,” Leis said.

So far, the Zika virus hasn’t managed much of a foothold in the continental United States. But it’s a real risk to Americans who travel to Zika hotbeds, and many aren’t familiar with necessary safeguards.

“There is little outreach going on and that drives me nuts,” Sims said. “In 2016, I was doing presentations in churches for mission groups and they had no clue. The average lay person isn’t going to get on the CDC website and read about Zika virus. But there are precautions they need to take once they return home to keep the virus out of the mosquito population.”

One strategy is to use some type of mosquito repellant for three weeks after being in an area with risk of Zika—even if you don’t feel sick. This prevents the transmission that can occur when an uninfected mosquito bites someone with Zika and carries the virus to someone else. This happened in the continental United States in 2016, when over 200 people in Texas and Florida developed Zika infection from local mosquito transmission acquired from infected travelers.

Leis and Sims believe their work in Puerto Rico will be an asset if Zika impacts Mississippi. But their primary motivation locally is to keep West Nile virus infections at bay.

From 1999 to 2016, state Health Department data shows Mississippi recorded 1,341 WNV cases and 75 deaths. And the state is among the seven hardest hit by WNV-related neuro-invasive illnesses. Yet Sims fears that several years of low infection rates has made WNV a back-of-the-mind threat to state residents.

“People become very complacent if they don’t hear about cases. They think it’s gone,” she said. “But the message is West Nile virus is here to stay, and we will continue to see emerging outbreaks and epidemics.”

That’s why Leis and Sims take any opportunity available to educate the public on mosquito prevention. On a recent weeknight, they handed out cans of repellant at an MIA table set up during an M-Braves game at Trustmark Park in Pearl. It was a chance to showcase recommended prevention methods. And it gave some baseball fans the opportunity to relate their own experiences with WNV.

Jana Neely of Harrisville shared how her late sister Patti Stodghill died of suspected complications of the disease. Stodghill’s health started failing in August 2006, which she related to a mosquito invasion at her Ridgeland home.

Neely said construction work in Stodghill’s neighborhood caused water-filled ruts behind her backyard. And when she went outside with her dog, she was swarmed by mosquitoes.

“They were all over her leg,” Neely said. “The next day or two, she started having flu-like symptoms. She felt terrible, and from that time on she’d say: ‘There is something not right. I’ve never felt back to normal.’”

A food poisoning episode in April furthered her decline, and Stodghill soon began suffering symptoms of congestive heart failure. “She went to the hospital with her lungs filling up with fluid and was in the hospital for 20-something days,” Neely said.

While doctors never pinpointed a cause for her condition, they eventually found a treatment. “She’d take steroids, and she’d be fine,” Neely said. “But about the third time she had an episode, they couldn’t get her back. Her lungs had filled up with fluid.”

After an autopsy was performed, Stodghill’s family learned that the CDC had found the presence of West Nile virus infection and St. Louis encephalitis, another viral infection transmitted by mosquitoes.

Today, Neely said it’s “sickening” to think her sister might have survived if she had been treated differently early on. “I certainly don’t want that to happen to anyone else.”

Neither does Dr. Leis. He’s adamant about the need for physicians to be more aware of the symptoms of West Nile virus infection—especially those that are neurological in nature.

“It’s important for doctors to remember that anyone with unexplained neurological illness that occurs from June to October should be tested for West Nile virus,” he said. “But many don’t do this for a variety of reasons. One is the pervasive misconception among first line doctors that it’s a virus and there is nothing you can do about it.”

“But it’s important to obtain an accurate diagnosis for West Nile virus because many of the ill effects associated with the virus occur long after the virus has been destroyed in the human body. And these long-term effects are linked to increased inflammation and autoimmune disease, which can be treated by steroids and other immune therapy.”

Ever wondered which mosquito prevention tactics are helpful and which are malarkey?

Here’s the Mosquito Illness Alliance’s take on what works and what’s questionable based on its effectiveness.