“Methodist Rehab promised me a new life and they came through": As hospital celebrates 40 years, 58th patient recalls MRC’s impact on the life of a 20-year-old quadriplegic

Published on May 5, 2015
Susan Christensen 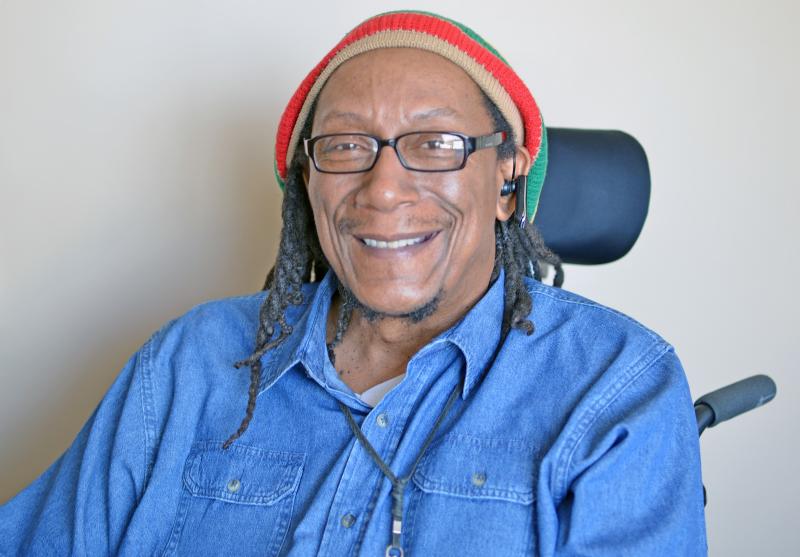 Lamar Myers spent eight months in therapy at Methodist Rehab. And the day he was discharged, he learned he had earned a job as a PBX operator for the center. Myers retired from the post in 2003, but he still does fill-in work when needed. And he says he’ll always have a soft spot for the center that was a “dream come true” for a 20-year-old quadriplegic. 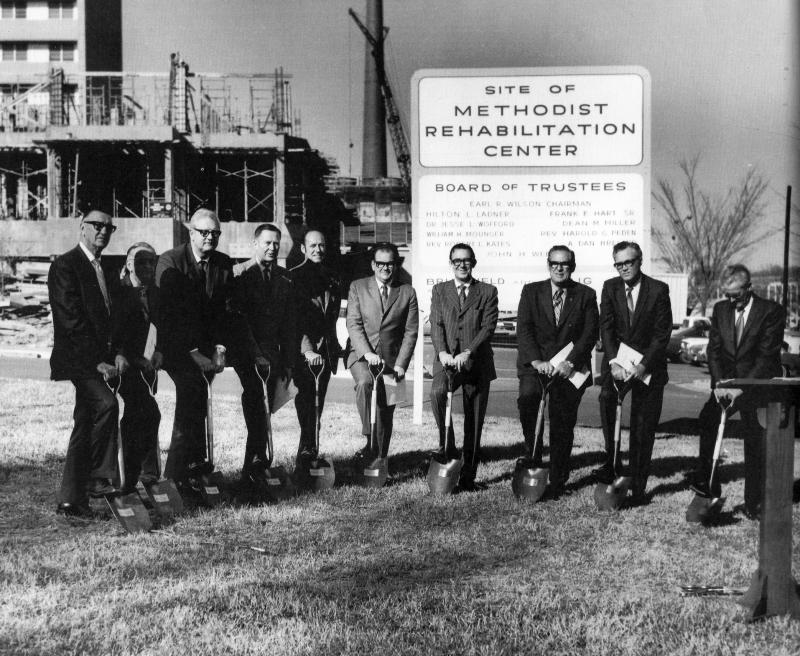 A year after the 1970 groundbreaking ceremony for Methodist Rehabilitation Center, a car accident left Lamar Myers a 16-year-old quadriplegic. So news of MRC’s construction gave him hope. “My doctors kept saying just be patient. We’re going to get a rehab hospital in Jackson and it will be state of the art.”

When Methodist Rehabilitation Center opened four decades ago, no one was more ready for the moment than Lamar Myers.

A quadriplegic since age 16, the 20-year-old Morton native had been languishing in the “rehab” wing of a Vicksburg charity hospital for two years.

“It was really just a place to put you,” he said. “The rehab part was making souvenir plaques and ceramics. I even had to share a wheelchair until I got my own. One guy would use it the morning, and I would use it in the afternoon.”

Myers knew he needed a center designed for people with spinal cord injuries. And he heard that one was in the works. “My doctors kept saying just be patient. We’re going to get a rehab hospital in Jackson and it will be state of the art.”

On May 5, 1975, that prediction came true. MRC began accepting patients who previously had to go out of state to receive advanced rehab for stroke, brain and spinal cord injuries.

Myers well remembers the thrill of being the 58th patient admitted to the three-story, 60-bed hospital. “My new life was about to open up,” he said.

After eight months in therapy, Myers regained the ability to live alone, to hold down a job and to eventually become a husband, father and an advocate for people with disabilities.

So as MRC commemorates its 40th anniversary this year with the theme “a legacy of caring,” Myers will be among those celebrating the center’s far-reaching influence.

“The rehab promised me a new life and they came through,” said the 60–year-old Madison resident. “It was a dream come true.”

The vision behind the dream

As early as the 1950s, state leaders recognized the need for a facility like MRC. But it wasn’t until the mid-‘60s that the Mississippi Methodist Conference named Dr. Jesse Wofford, Earl R. Wilson, Frank E. Hart, Sr. and Hilton L. Ladner to a temporary board to shepherd the project.

“They’re considered the ideological architects of MRC,” said Methodist Rehab CEO Mark Adams. “They were determined to bring first-class rehab services to Mississippi. And their leadership has given generations of disabled Mississippians the ability to lead productive lives.”

The Methodist laymen visited rehab facilities across the country and their input formed the framework for MRC’s design. Workers began constructing the facility in 1970 after the Methodist Church and the Mississippi Division of Vocational Rehabilitation secured funding for the project and the state offered a building site on the University of Mississippi Medical Center campus.

Within 10 years of opening, a steady uptick in demand led the private non-profit to add four floors and 64 licensed beds for a total of 124.

The center now averages about 50,000 patient visits a year, and its extensive network of inpatient and outpatient services now includes:

Over the years, MRC has garnered international acclaim for its West Nile Virus research, earned a nine-year designation as a Traumatic Brain Injury Model System site and was twice named one of America’s Best Hospitals by U.S. News & World Report.

“What sets our focus and fuels our growth is still our mission to restore ability and hope,” Adams said. “Whenever we recognize a need in our patient population, we do our best to provide services. And while we’ll be looking back this year at our accomplishments, we’ll also be moving forward to find new ways to serve those who’ve come to rely on our expertise.”

One of the latest endeavors involves a partnership with UMMC. The two entities signed an affiliation agreement in 2014 that promises to provide a powerful new model for neuroscience research, education and clinical care in Mississippi.

“We’re working to bring our complementary strengths and capabilities together to form a neuroscience institute that will pave the way for expanded specialized services, stronger educational programs and more nationally competitive research,” Adams said.

Already, the affiliation has fostered collaboration between MRC and UMMC physicians and researchers. UMMC urologist Clint Collins recently began offering services at MRC’s hospital-based outpatient clinic and scientists from both facilities have teamed up to study West Nile virus infection.

As a passionate advocate for people with disabilities, Myers is excited about such advances. He knows what the right services at the right time can mean to someone struggling to overcome a disability.

In 1971, Myers was an unwilling passenger in a car packed with five teens when a wreck derailed his promising future. “The driver was racing and I begged him to let me out,” he said.

Myers got the worst of it in the crash and believes he was further injured after his friends “crammed me into the back of a ‘68 Camaro” for the ride to a hospital.

“I went from a high school starting center for a winning basketball team to a quadriplegic overnight. It was like a nightmare I couldn’t wake up from,” Myers said.

“My family loved me and did everything they could, but I couldn’t move anything but my eyeballs. The only time I got up was when they changed my bedding. And the neighbors had to come over and help do that.”

Encouraged by his family to “stay strong,” Myers was primed to “make the best of it’ when he finally entered MRC in the fall of 1975.

“When I started therapy, it was rough—like an eight hour a day job on the railroad,” he said. “But I loved it. I was learning to be independent.”

Myers also was learning to be a PBX operator and the training won him a spot answering the phone for MRC. “I’ll never forget it,” he said. “They discharged me on a Wednesday and they told me: ‘By the way, you have to come back Monday. You got the job at the front desk.’”

Myers rented an apartment nearby and rolled to work in his wheelchair every day, no matter the conditions. “I would come whether it was raining or snowing, I didn’t let it stop me. I had a job, and I had to get there,” he said.

Myers retired from MRC in 2003. But he still does fill-in work when needed. And it’s a given he’ll be a central part of the hospital’s anniversary celebrations.

“People like Lamar are the living examples of the importance of our work,” Adams said. “Whenever he comes around to encourage patients, it’s a reminder that rehabilitation does change lives for the better.”