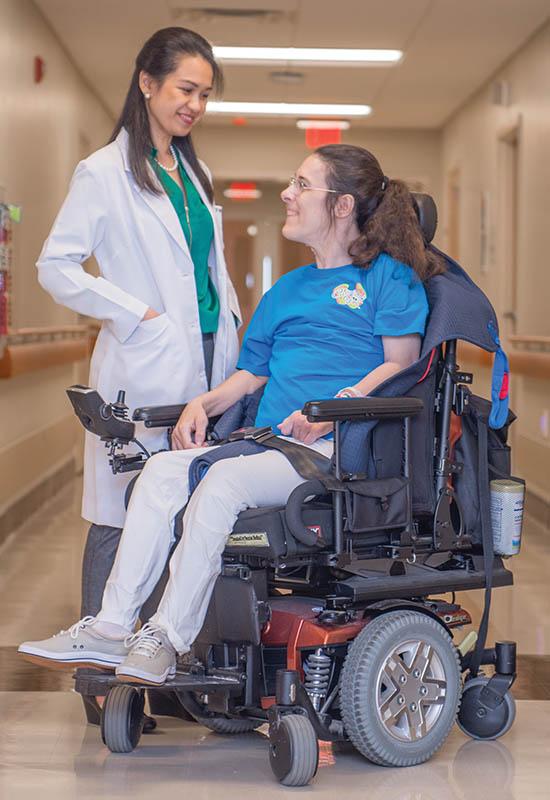 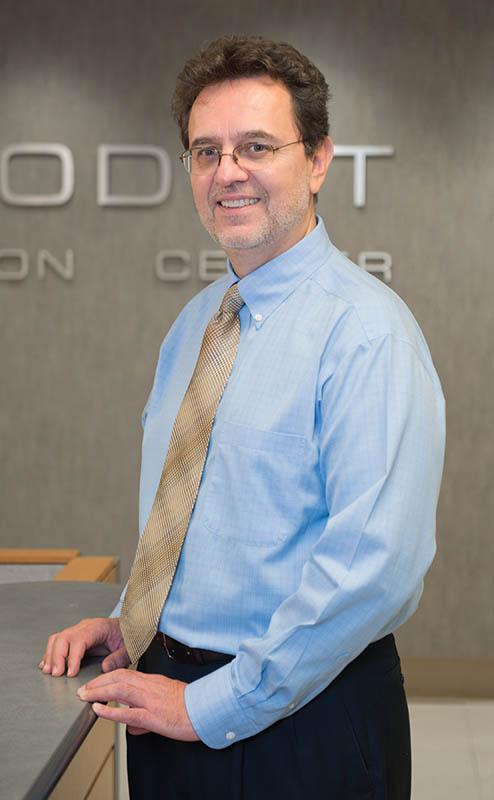 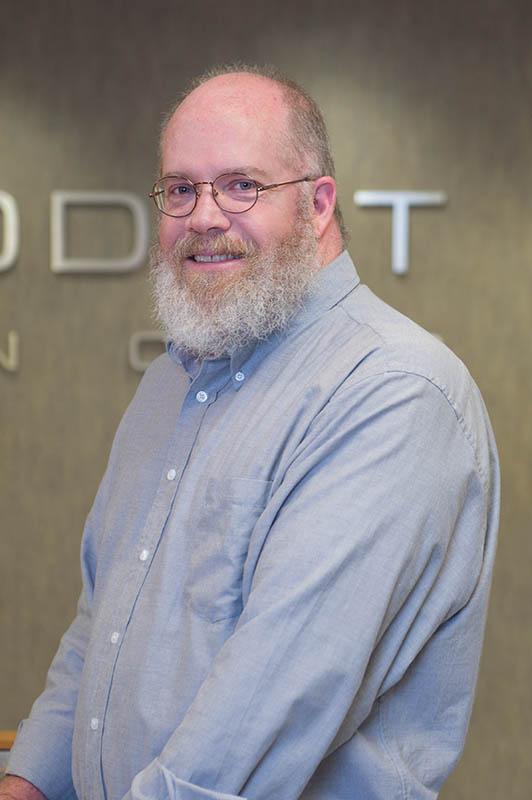 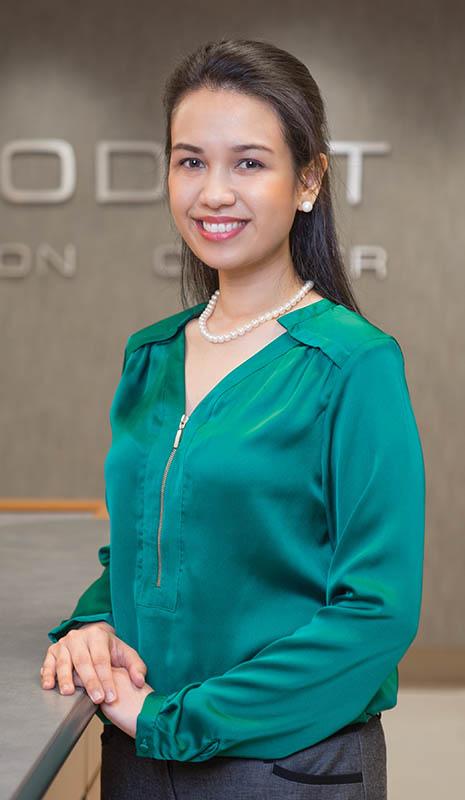 During his first tour of Methodist Rehabilitation Center, Dr. Keith Tansey remembers being taken aback by the hospital’s research capabilities.

“I visited in 2011 because I knew Dr. Dobrivoje Stokic (MRC’s administrative director of research), and I was curious what he was up to,” said Dr. Tansey, then a spinal cord injury researcher at Emory University, the Shepherd Center and Veterans Affairs Hospital in Atlanta.

“There was a gait lab, an electrophysiology lab and people were publishing papers. They also had been twice designated a Traumatic Brain Injury Model System—all in the absence of a tight relationship with an academic center.

“That was impressive because Jackson is a mid-sized city, not an Atlanta or Houston where there are a large number of patients and investigators.”

Today, there’s even more to admire at the Center for Neuroscience and Neurological Recovery, the research arm of MRC. The CNNR recently expanded to include 4,500 square feet of lab and office space and $700,000 worth of new robotic rehabilitation devices.

There’s more to come, thanks in part to a 2014 affiliation agreement between MRC and the University of Mississippi Medical Center. Both centers have been collaborating to create a powerful new model for neuroscience research, education and clinical care in Mississippi.

Known as the Neuro Institute at UMMC, the emerging entity is the umbrella organization for centers on stroke, addiction and neurotrauma. An all-encompassing spinal cord injury program—coordinated by Tansey—is an initial focus of the neurotrauma center.

As a key player in the new dynamic, Tansey was recruited for roles as a senior scientist at MRC, a professor of restorative neurology in the departments of neurosurgery and neurobiology and anatomical sciences at UMMC and a physician for the Spinal Cord Injury Clinic at the Jackson-based G.V. (Sonny) Montgomery Veterans Affairs Medical Center.

While not everyone would want to answer to three separate entities, Tansey said the opportunity drew him to Mississippi.

“I was looking for a way to continue my three-pronged approach of basic lab research, human research and clinical care,” he said. “I figured there was the potential to have all the pieces in Jackson, but none were so big to preclude working with the others.”

The move puts Tansey on the forefront of translating basic science into clinical practice. And it’s an intriguing prospect for the president-elect of the American Spinal Injury Association.

“I find the start of things an interesting opportunity,” Tansey said. “The chance to do something new well is a lot more attractive to me than being somewhere that is resting on its laurels and is less open to new thinking and new advances.”

Research has long been a focus at MRC, resulting in more than 250 publications in medical journals. Now, Stokic is looking forward to collaborating with Tansey and the benefits the partnership will provide MRC patients.

“Basic scientists are expected to show how their research will progress from the laboratory bench to the patient’s bedside,” Stokic said. “And this gives our patients the opportunity to participate in groundbreaking studies and be among the first to benefit from treatments that are being developed.”

Dr. Jennifer Villacorta, MRC’s new admitting physician for the spinal cord injury program, will be part of the team that translates research breakthroughs to clinical care. And like Tansey, Villacorta said she was attracted to Mississippi by “the potential of the place.”

“The resources are all here, it is just a matter of utilizing and building on them,” said Villacorta, who is also an assistant professor of neurosurgery at UMMC.

While Tansey and Stokic make their imprint in the research lab, Villacorta expects to impact protocols for patient care.  “When I first came here, I was excited about focusing on clinical program development,” she said. “My passion is working with a team to improve standards of care.”

A physical therapist before becoming a board-certified physician in physical medicine and rehab and spinal cord injury medicine, Villacorta has unique insights into the challenges facing her rehab team.

“It’s so easy to write an order and expect it to be done,” she said. “But working as a team to identify the barriers that prevent rehabilitation goals from being achieved—that’s where the art of medicine comes in. You’ve got to make sure everyone is on the same page and going in the right direction.”

The big-picture goal is for rehabilitation staff at MRC to work with trauma and spine surgeons at UMMC to foster a continuum of care throughout a patient’s recovery.

“Being housed in a free-standing facility, connected but separated from the other hospitals, it’s easy for us to get disconnected from our acute care hospital colleagues,” Villacorta said. “But if we can have the opportunity to get involved in the patient’s care as early as before surgery, the care becomes more holistic and comprehensive.”

Building a bridge between acute care and rehab also suits the research aims of Tansey and Stokic.

“The early interventions that are being administered in the acute care setting need to be followed up in the rehabilitation setting to uncover the true benefits,” Stokic said. “Our joint effort will strengthen the clinical research agenda that UMMC and Methodist Rehab now formally share because it will create a continuum of care that is relevant both in clinical practice and research.”

“My goal is to be in patients’ rooms early on and get them over to rehab,” Tansey said. “And when they’re getting ready to leave rehab, I’ll say: ‘So glad you’re going home, but there are two research studies we’re doing downstairs in the human lab that you might be eligible for if you’re interested.’”

Tansey’s research mainly focuses on neuroplasticity—the ability of neural circuits to compensate for injury and disease and adjust to new environments.

“The idea would be to figure out how to get the nervous system that remains after spinal cord injury to reorganize in the best way to recover lost functions, while simultaneously limiting abnormal functions,” Tansey said.

Aiding Tansey’s efforts are several high-tech lab additions that double as research and therapy aids. For instance, MRC is now home to a LokomatPro FreeD device. The robot-assisted gait-trainer has proven to be effective intervention for improving over-ground walking function.

“Therapists like robotics because of their potential to help patients,” Tansey said. “But what’s exciting to me is they are very good at collecting data and setting up experimental conditions to test hypotheses.”

They may also be used as teaching tools for instructing medical and graduate students. In addition to their duties at MRC, Tansey, Stokic and Villacorta also have teaching roles at UMMC.

“I’ve always had a heart for academics,” Villacorta said. “It pushes me and allows me to continuously grow. When you are constantly reevaluating yourself and your practice, you ensure you maintain quality of care and don’t become lax in pursuing innovative ideas.”

Stokic said having a presence in the UMMC classroom should offer opportunities to recruit graduate students interested in neuroscience research. And it could also help with another affiliation goal—educating specialists in physical medicine and rehabilitation in the state.

“This joint effort has brought people from different professions, different backgrounds and different responsibilities together to provide a critical mass for establishing a competitive PM&R residency training program,” Stokic said. “The components have been in place. But thanks to the affiliation, those components can come together to form a successful academic unit.”

It may be a tall order to align research, clinical and academic efforts in a way that tears down territorial barriers and inspires innovation. But those involved believe Mississippi is as good a place as any to try.

“If we have continuity, we could be the perfect boutique center,” Tansey said. “We have top-notch basic scientists and human laboratory capacity that’s only present in a handful of places in this country. We may not be the place that does the classic large clinical trial. But we can be the step before that—the preclinical human discovery that is so desperately lacking in rehabilitation. We could be the place to come for the discovery of the first in human experiments of 20 patients done really well. This is the place where basic science translated into human science translated into human care will lead someone to say let’s study 500 patients to see if what they discovered in 20 patients in Mississippi is really worth trotting out there.”