Playtime begins: As a MRC patient, spinal cord injury survivor Sancho Johnson gained the independence to open his own business 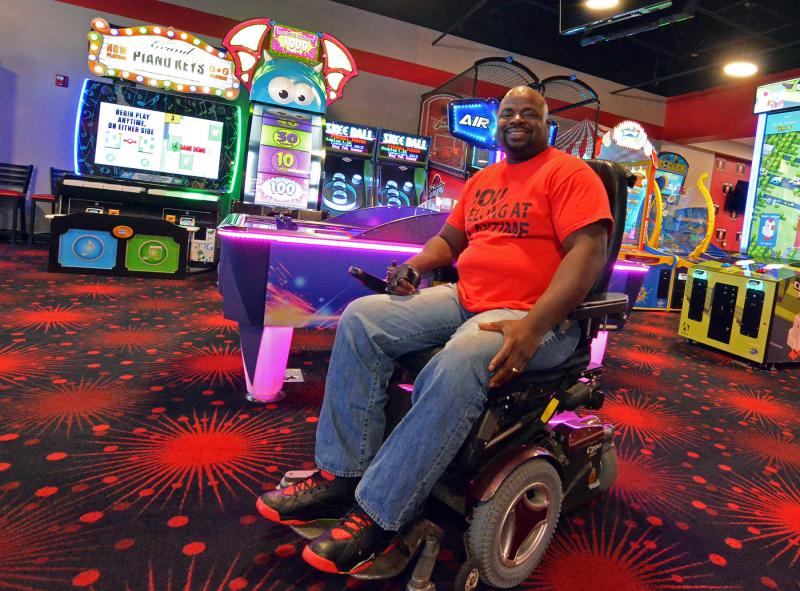 After regaining his independence through inpatient and outpatient therapy at Methodist Rehabilitation Center, spinal cord injury survivor Sancho Johnson became an entrepreneur. He opened Playtime, a family-friendly restaurant and arcade located in Clinton in April 2016. 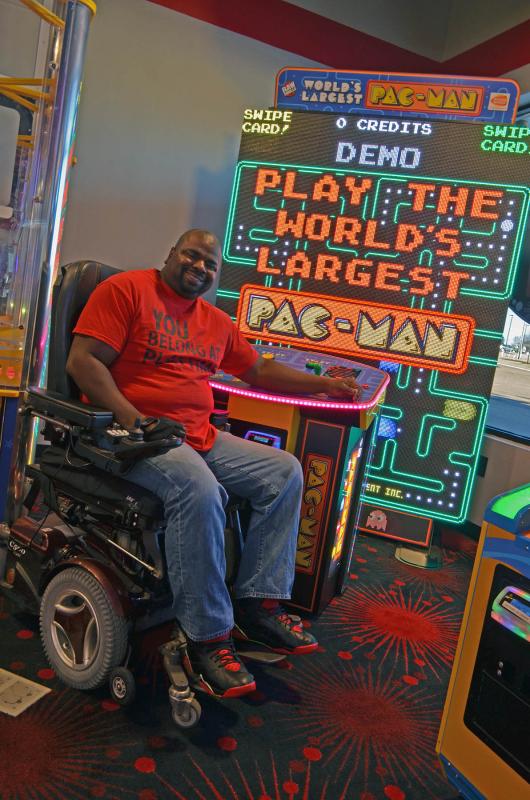 An avid gamer himself, Sancho Johnson hand-picked the arcade games featured at Playtime, like this World’s Largest Pac-Man machine. 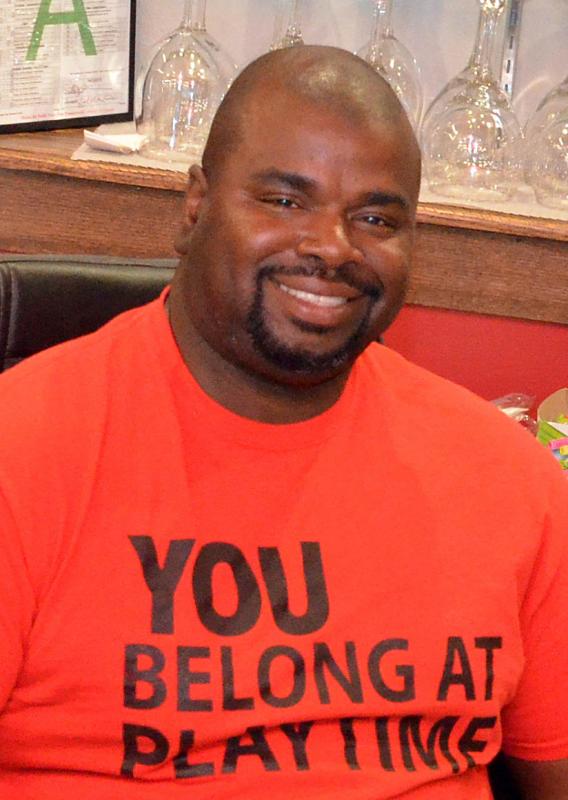 But it’s not just for the fun, food and games. The group also wants to show support for one of its most dedicated members.

Playtime owner Sancho Johnson, 44, is a spinal cord injury survivor who joined the support group after he was injured in 2009.

“Sancho has been a great resource for us to have for others,” said MRC occupational therapist Suzanne Colbert. “He’s always been willing to come talk to people and is always so positive about everything. He’s been a mainstay at the meetings for years. If I call him for anything, he’s always willing to help.”

Colbert manages the support group, which meets the third Tuesday of every month. It is open to all spinal cord injury survivors, their families and caregivers. The group provides an open forum for attendees to share their stories, and, as Johnson has done, a message of hope.

“I’ve seen people go through a lot of setbacks after being injured,” Johnson said. “But life for everyone has hardships. What I want everyone to know is that it’s important to embrace where you are and know that you are beautiful and you can be loved and you can love in return.”

Johnson was a lieutenant in the Coast Guard on the island of Saint Thomas in the Caribbean at the time of his injury. While on vacation on the nearby island of Dominica, he severely hurt his back and right shoulder. He was initially airlifted to an acute care hospital in Miami, over 900 miles from his home of Jackson.

Because of his military status, Johnson said he was at first told he would have to go to rehab in either Denver or Atlanta.

But he knew that Methodist Rehabilitation Center was a hometown hospital that specializes in spinal cord injury care. So he pushed for a transfer there.

“Methodist Rehab wasn’t initially on the list as an option. But when I told them I needed to be close to family and friends, they worked it out for me because it was ideal for my situation,” he said.

His injuries left Johnson with limited use of his right hand and reliant on a wheelchair. And when he got to MRC, he found the hard work of rehab daunting.

“I had never been out of bed after my injury until I got to Methodist,” Johnson said. “I’ll never forget my first day of therapy—sitting up made me nauseated, and I threw up. I thought, ‘I can’t do this.’”

He credits MRC staff like therapy manager and occupational therapist Bridgett Pelts with giving him the motivation to soldier on.

“I was in a lot of pain, and Bridgett used to push me through that pain,” Johnson said. “Even though it hurt and I would want to stop, she would ask for a little bit more.”

Pelts says she provided the means for Johnson to achieve his own goals.

“I think whether he knew it or not, he was already motivated because he was ready to get back home and to his life,” Pelts said. “He had an incredibly positive attitude and was very goal-oriented. Whether the task each day was learning to put on his pants or his shoes, or learning how to transfer to the tub bench or the shower chair, he pushed himself hard. I pushed him, but pushed him to problem solve for himself rather than giving him the answers. We both knew I wasn’t going home with him, so we had to get him as independent as possible.”

After a nearly three-month stay at MRC, Johnson finally got to go home.

“I saw myself starting to get better, but slowly,” Johnson said. “At first I didn’t really know what to make of a lot of what I was learning at MRC, but when I got home it all started to make sense. I had learned how to do things for myself.”

“I just fell in love with my therapists out there,” Johnson said.

The feeling was mutual.

“Sancho was always such a good spirit,” said Colbert, who served as his occupational therapist. “Even with all he had going on, he was always upbeat and wanted to work hard and learn anything he could to take care of himself. We really worked on his right arm, to get him as independent as we could with that injury.”

“Suzanne was really tough on me, even more so than Bridgett!” Johnson said. “But we got to become really good friends, and when they decided to start the support group, I was all for it, to help in any way I could.”

Johnson says he knows what it’s like to go through a period of uncertainty after returning home from the hospital.

“At first I played a lot of Xbox, but then I got hooked on watching HGTV and home repair shows,” he said. “So I thought about getting into rental properties. I started off buying foreclosed properties, rehabbing them, and turning them into rentals.”

Opening Playtime was inspired by Johnson’s life as a new dad and his desire to bring an establishment similar to popular chains like Dave & Buster’s to the metro area.

“I got married in 2012, and my wife already had two kids,” he said. “I realized there wasn’t a lot for family entertainment—of course, before then I never really had to account for that, it was just me!

“We thought about starting a business together that would be a good opportunity for family entertainment. That was our original concept. But then we started to think about how there wasn’t a lot for adults to do either—so I thought, why not cater to both?”

Playtime features arcade games like skee ball and air hockey and classics like Pac-Man, among others. The restaurant has a full menu with daily specials, and serves beer and wine for the adults.

“I always felt like Sancho would find a niche in something he really enjoyed, and I know that one thing for sure is making other people happy,” Colbert said. “I think that opening Playtime was a great route for him to decide to go.”

“I think through it all I’ve learned that it all begins mentally,” Johnson said. “Before you can do anything physically, you have to accept where you are. Then you have to ask yourself what you’re going to do about it. You can either let your disability define you, or you define your disability. I choose the latter.”

MRC's spinal cord injury support group will hold its next meeting at Fannin Lanes in Brandon at 5 p.m. Feb. 28. Regular meetings are held on the third Tuesday of each month at 5 p.m. in the BankPlus Conference Center on the second floor of MRC in Jackson. The support group is open to all spinal cord injury survivors, their families and caregivers. For more information, call Suzanne Colbert at 601-936-8889.