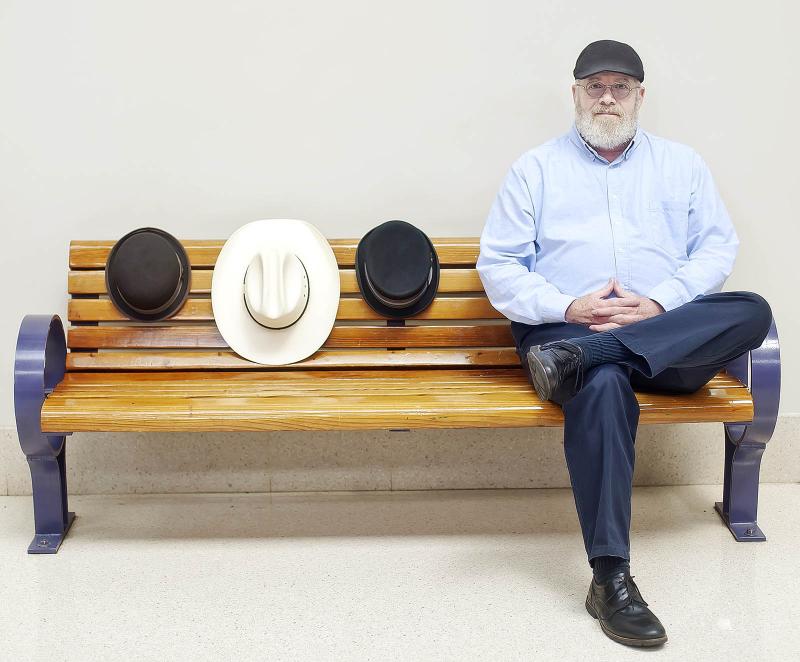 It’s a good thing Dr. Keith Tansey likes collecting headgear. He’ll be wearing a lot of hats as he combines his new role as American Spinal Injury Association president with his duties at Methodist Rehabilitation Center, the University of Mississippi Medical Center and the G.V. (Sonny) Montgomery Veterans Administration Medical Center, all in Jackson, Miss. 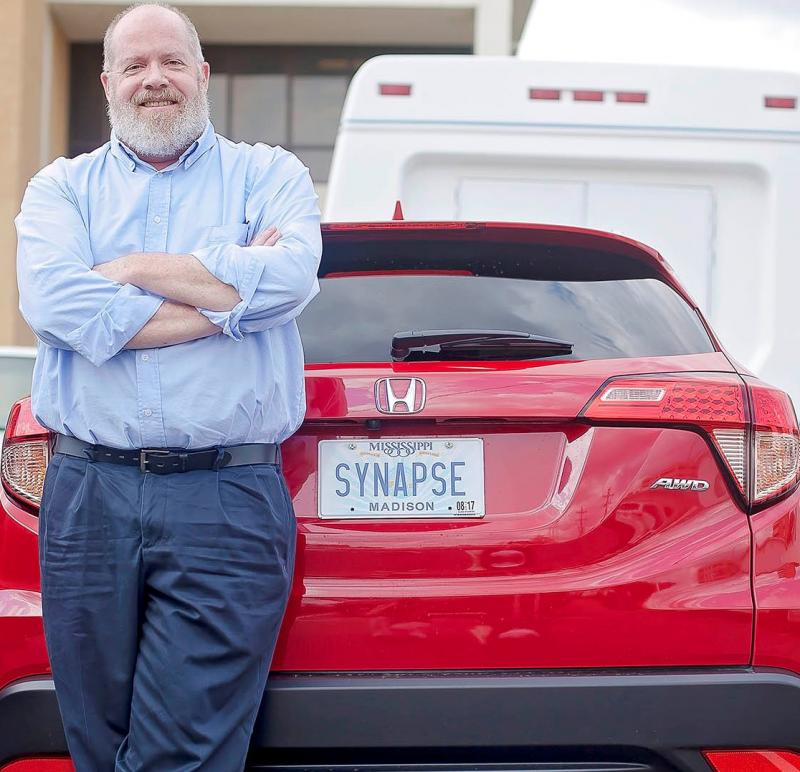 When he moved to Mississippi, Dr. Keith Tansey decided to indulge his desire for a nerdy tag. A synapse is the nervous system structure that allows passage of signals between nerve cells, the fundamental connection in neural circuits. 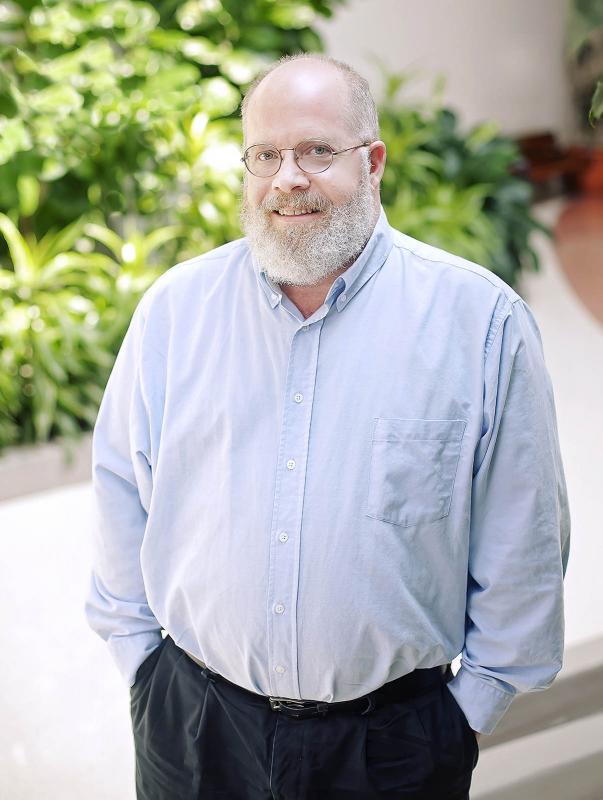 Dr. Keith Tansey has a thing for hats.

A bowler, a top hat, a cowboy hat and even an Indian headdress are part of a collection that gets bigger every time he visits a new city for a medical conference.

Tansey travels to Albuquerque in late April to assume the presidency of the American Spinal Injury Association—the premier North American organization in the field of SCI care, education and research.

And it’s a given he’ll leave the group’s annual conference wearing a lot more hats. His new role joins a list of responsibilities already 62 words long.

The Ridgeland, Miss. neurologist is a senior scientist for the Center for Neuroscience and Neurological Recovery at Methodist Rehabilitation Center, a professor in the departments of neurosurgery and neurobiology and anatomical sciences in the Neurotrauma Center of the Neuro Institute at the University of Mississippi Medical Center and a physician for the Spinal Cord Injury Medicine and Research Services at the G.V. (Sonny) Montgomery Veterans Administration Medical Center.

Custom-tailored to his talents, the trio of jobs lured Tansey to Jackson, Miss. in March, 2016. At the time, he was a physician-scientist in Atlanta.

“I was looking for a way to continue my three-pronged approach of basic lab research, human research and clinical care,” said Tansey. “And I found Jackson has top-notch scientists and human laboratory capacity that’s only present in a handful of places in this country.”

While some of his big city colleagues may have puzzled over Tansey’s decision to leave a major metropolitan area, ASIA Executive Director Patricia Duncan wasn’t the least bit surprised.

“Keith always goes toward the future and what he can do to make things better for patients, as well as science,” she said. “He never stays with the status quo.”

True to his nature, Tansey did not ascend to the ASIA leadership ranks via a traditional path. He began his rise from the research side.

“In 2005, he submitted an abstract on one of his rat studies, and he won a best paper award at the annual meeting,” Duncan said. “That is what started him in the organization, and he moved up from there.

“I’m extremely excited about him becoming our president because he’ll be our first M.D./Ph.D. All his colleagues from both sides have the utmost respect for him. He’s our bridge.”

Tansey didn’t set out to straddle the divide between lab-based researchers and practicing physicians. But after finishing medical training in neurology and a Ph.D. in spinal cord physiology, he felt pulled in both directions.

As a physician, he wanted to improve the lives of patients left disabled by neurological injuries or illness. “It’s very hard to look at a 20-year-old who just found out he’s going to be significantly impaired and not want to come up with solutions,” he said.

But as a scientist, Tansey also knew the allure of making discoveries in the lab. “The thrill of the aha moment is really, really seductive,” he said. “I like asking how and why.”

Today, Tansey does much of his detective work in the recently expanded NeuroRobotics Lab in the Center for Neuroscience and Neurological Recovery, which is the research arm of Methodist Rehab.

The center’s administrative director of research is Dr. Dobrivoje Stokic. And as someone who played a major role in recruiting Tansey to Mississippi, Stokic likes that Tansey is assuming a national leadership role.

“His credentials, as the president of ASIA and one of the editors of an upcoming spinal cord injury book, will enhance our capacity to attract talent to Mississippi,” Stokic said. “And his participation in our thriving research program will expand opportunities for securing grant funding that will allow people to participate in groundbreaking studies and experience innovative treatments as they are being developed.”

The CNNR’s 4,500-square-foot space has recently been upgraded with more than $700,000 worth of robotic therapy devices that Methodist researchers plan to put to good use.

“Besides their use in therapy, what’s exciting to me is the devices are very good at collecting data and setting up experimental conditions to test hypotheses,” Tansey said.

And high on his list of mysteries to solve is why spinal cord injury patients have less sensation, but more pain, and less movement, but more spasms.

“We need to figure out how to get the nervous system that remains after spinal cord injury to reorganize in the best way to recover lost functions, while simultaneously limiting abnormal function,” he said.

Tansey treats patients at the Jackson VA, but it’s not the only reason he’s intimately aware of the daily impact of a neurological disease or injury.

“I’m probably heavily influenced by my grandfather who had multiple sclerosis,” he said. “I watched him deal with the disability of it.”

“He understands the personal impact a spinal cord injury has on his patients,” says Donna Sullivan, project director for Unite 2 Fight Paralysis. “Combined with his efforts in the lab, he recognizes the critical need for therapies and is dedicated to moving them to the bedside.”

“Keith has been generous in offering both his time and talents to making the board’s efforts successful,” she said. “He encourages those around him to aim higher in understanding the complex mechanisms related to how a therapy works and specifically who it may help with a high regard for patient safety.”

Tansey said SCI research runs the gamut, from animal studies focused on the holy grail of helping the paralyzed walk again to those that address rehab strategies to improve quality of life.

All are relevant, but the competition for grant funding has a way of creating work silos. To counter the isolationism, Tansey wants to encourage more interaction amongst and between the more than 500 researchers and clinicians who are ASIA members.

“We can either spin in our own little circles or figure out a way to journey down the path together,” he said.

The same type of cooperation is tantamount to Tansey’s success in Mississippi. And thanks to a 2014 academic affiliation agreement between MRC and UMMC, collaboration is being encouraged through the university’s new Neuro Institute.

Tansey said a shared goal is to create a system where acute care and rehab physicians are working together almost as soon as a spinal cord injury patient arrives at UMMC.

“This could help limit complications and improve a patient’s rehab potential once they’re transferred to MRC,” he said.

“My goal is to be in patients’ rooms early on and get them over to rehab. And when they’re getting ready to leave rehab, I’ll say: ‘So glad you’re going home, but there are two research studies we’re doing downstairs in the human lab that you might be eligible for if you’re interested.’”

Those interested in participating in spinal cord injury research at Methodist Rehabilitation Center should call 601-364-3424 or send a message to research@mmrcrehab.org.