Published on May 1, 2017
Susan Christensen 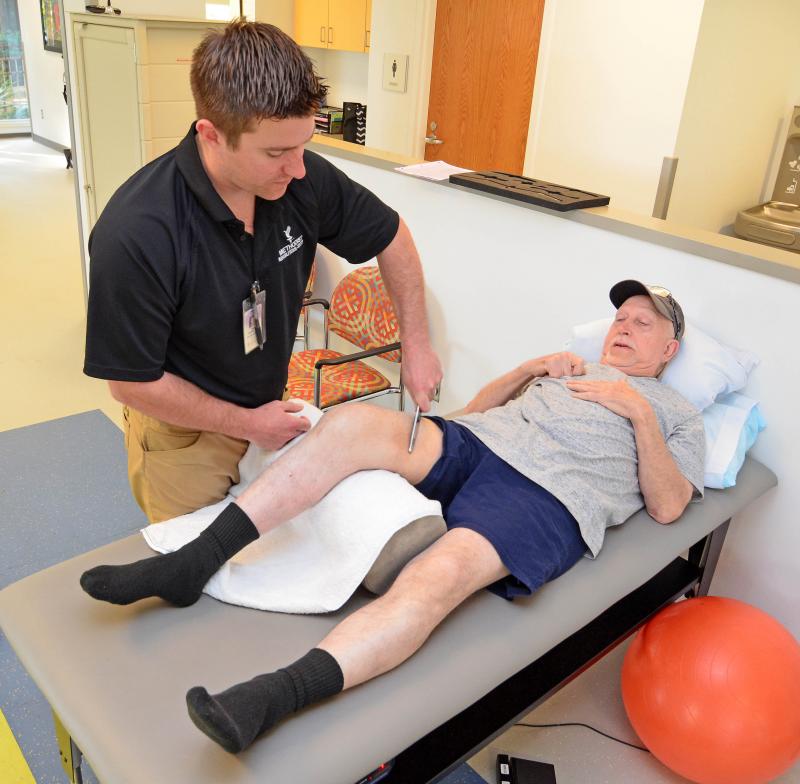 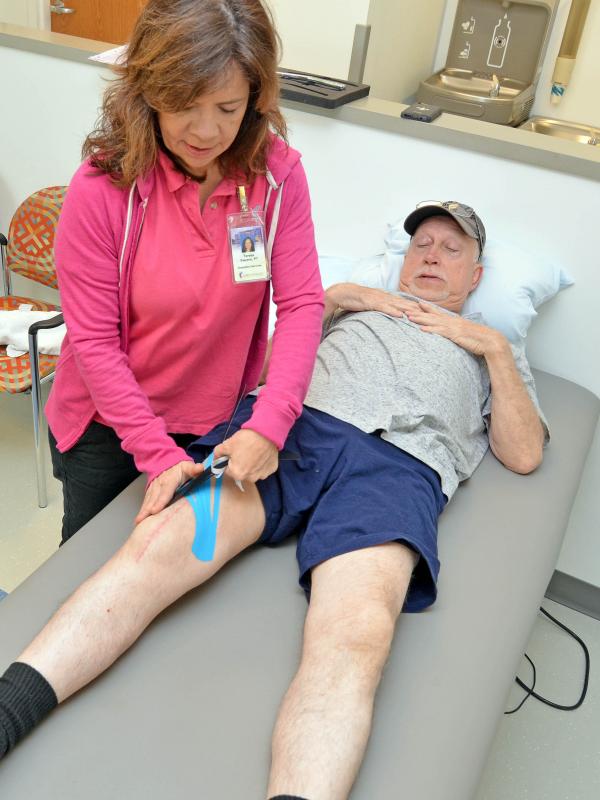 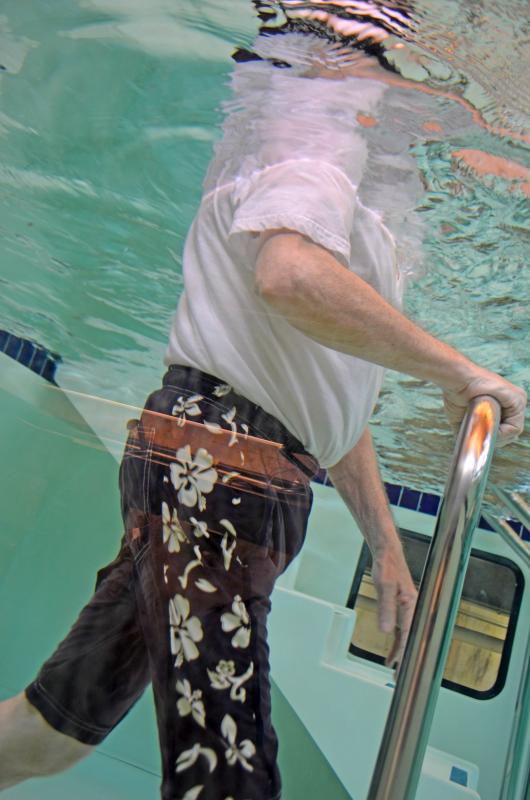 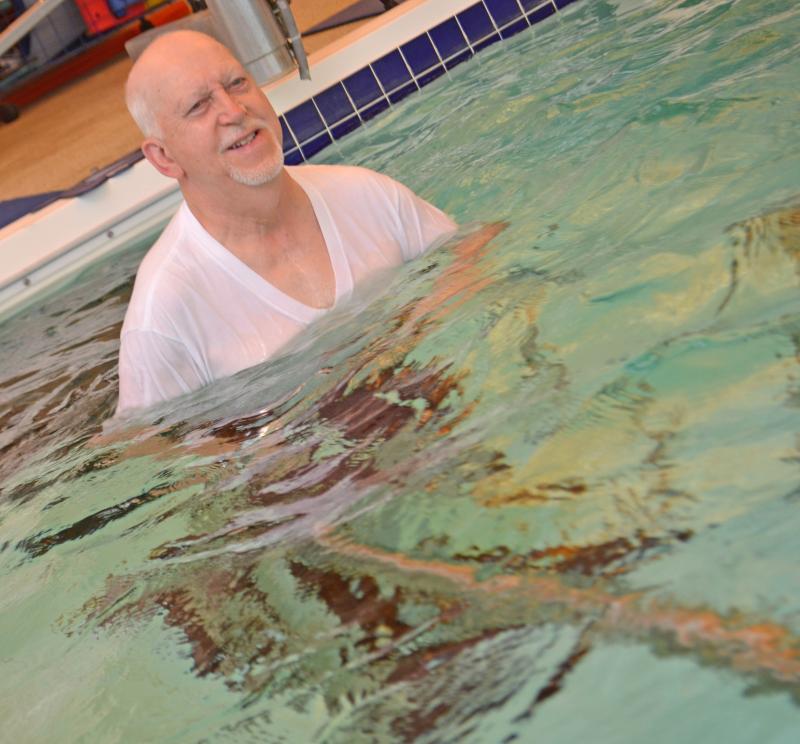 Travis Minor was living with major knee pain. Yet he was against getting a manmade joint.

“I was resistant because I didn’t know what the outcome was going to be. And I didn’t personally know anyone who had gotten one,” said the 67-year-old Brandon retiree.

“The last straw was my doctor said that steroid shots weren’t going to alleviate the situation, and I’d have to have surgery. At that point, I needed a full knee replacement.”

Minor is not the first baby boomer to limp to that conclusion. In the United States, an estimated 3 million women and 1.7 million men over age 45 had total knee replacements in 2010.

Today, the surgery is a top inpatient procedure at many hospitals. And that’s causing a ripple effect at places like Methodist Outpatient Rehabilitation, the center Minor chose for his post-surgical therapy.

Methodist has an outpatient clinic in Flowood and another set to open in Ridgeland in May. And at both, it has invested in the latest equipment and training to accommodate an influx of joint replacement recipients.

Minor arrived at the Flowood facility expecting to focus on familiar machines like the elliptical, stationary bike and leg extension equipment. But he was also introduced to some of the same advanced treatments used on professional athletes.

“Methodist is where the therapy really got intense,” he said.

Over the course of six weeks, Minor was therapeutically taped, massaged with stainless steel instruments and pulsated by alternating electrostatic fields. He even walked on an underwater treadmill, courtesy of Methodist’s SwimEx therapy pool.

One of the most unusual is the NASA-inspired AlterG Anti-Gravity Treadmill. During an AlterG session, the lower body is encased in a waist-high plastic chamber filled with load-lifting, pressurized air. Treadmill controls adjust the pressure, creating a low-impact, workout zone for anyone with weight-bearing issues.

The treadmill can off-load up to 80 percent of a person’s body weight, as can Methodist’s SwimEx resistant pools. And Minor said exercising afloat was one of his favorite therapies.

“It’s like a weightless workout and you can do more,” he said. “Whoever thought that idea up knew what they were talking about.”

Minor said his knee pain started about four years ago and got progressively worse. “I finally broke down and went to the doctor and he said the cartilage in my knee had started to deteriorate and it was going into a bone on bone situation. That’s when I started getting steroid shots.”

A year and a half later, he opted for surgery. Two weeks later, he began rehab at Methodist.

“You wake up and have a new knee, but the thing is you have to do rehab for your muscles,” Minor said. “You have to get them strong enough to do what you used to do. I chose to come to Methodist because my wife had come here for a hip problem and was very pleased with it.”

Ideally, staff prefers to see patients before they get to the point of needing surgery, said Joe Jacobson, director of outpatient services at Methodist.

“There are a lot of therapies that can ease knee pain and prevent or postpone the need for a knee replacement,” Jacobson said. “But once someone has reached that juncture, we also have the tools to help patients return to an active lifestyle.”

An example is Graston Technique therapy. The approach uses stainless steel instruments to break up scar tissue and reduce swelling, which Minor jokingly referred to as “demon tools.”

“Right at first, it hurt,” he said. “But it feels good after it’s done. It just relaxes it more.”

Swyers said the six beveled instruments are designed to fit the contours of the body. “They help break up trigger points and fascia cross links that are often difficult to get rid of,” she said. “You can actually feel the restriction through the instruments.”

And Minor had more restrictions than most. “For some reason, I had more build-up of scar tissue than my doctor said they normally see,” he said.

While Swyers and physical therapy assistant Wes Myers went offsite to be certified in the technique, Methodist recently sponsored an in-house training session for the rest of its staff.

“Basically you have to learn the direction and force to use,” Myers said. “On Mr. Minor, I usually do the instruments to break down scar tissue because we’re trying to work on range of motion.”

Another technique taught at Methodist is the use of kinesio tape, strips of elasticized cotton favored by the physically elite.

“People may recognize kinesio taping now because a lot of professional and Olympic athletes have been seen wearing it,” Swyers said. “It helps to decrease swelling and provides stability as well as input to the muscles.”

“You can use it to facilitate or inhibit muscle contractions—it’s all in how you tape it,” Myers said. “I tape a lot of knees. A lot of people will say they saw it on TV.”

All the strategies are designed to promote the body’s normal healing process. And Minor now feels well on his way to a full recovery. But immediately after surgery, he had his doubts.

“I’ve got to have my other knee done, and there were several times I told my wife it’s not happening if it takes this much to get mobile again,” he said.

A big problem for Minor was his limited range of motion after surgery. “His doctor told him if it didn’t improve in several weeks, he would need surgical manipulation to break up adhesions and regain movement,” Swyers said. “We wanted to avoid that at all costs.”

At the two week mark, Minor had managed to go from an 80 degree to a 115 degree bend. And he also got much stronger over his full course of treatment.

“The improvements allowed him to return to previous activities, such as chasing his grandson and returning to work,” Swyers said.

Now, he can even imagine going under the knife for his left knee.

“Someone told me before my surgery that it was the best thing they ever did. And I’m getting to that point,” he said. “Your reward is the outcome—continuing to do what you had been doing without the agony of your bones rubbing against each other.”