“I really thought I was going to meet my maker”: State Rep. Gary Chism shares cautionary tale about recognizing and reacting to stroke symptoms 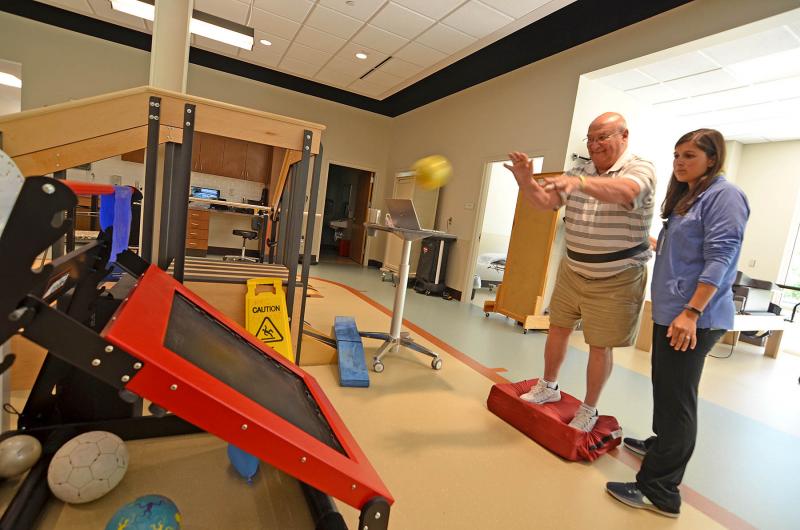 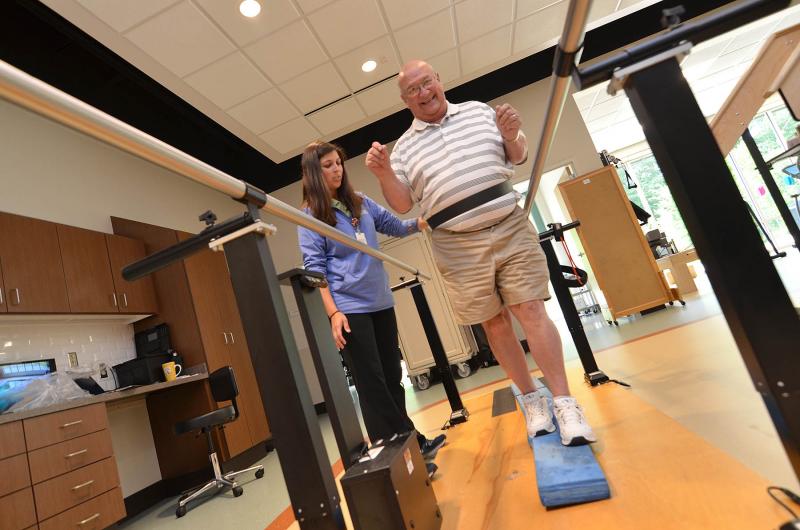 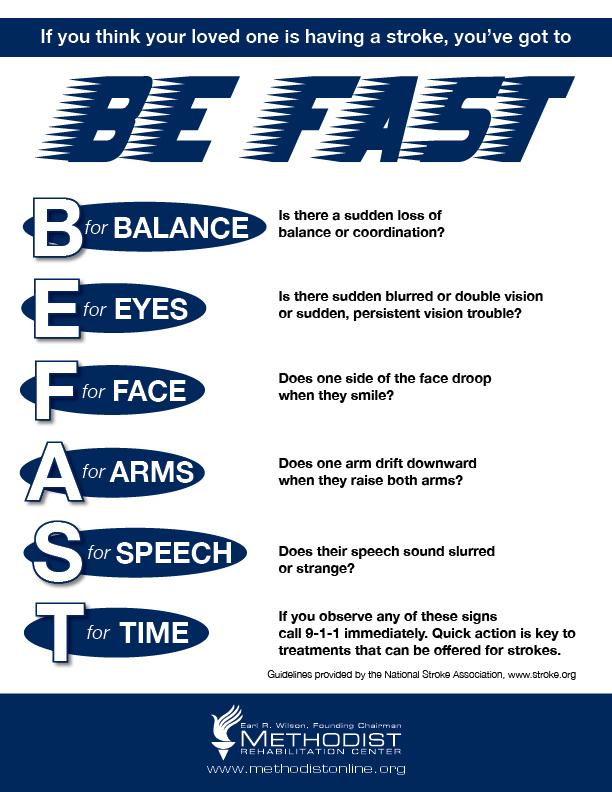 As a District 37 state representative for 18 years, Gary Chism of Columbus is familiar with Mississippi’s health care capabilities.

But it took a blood clot in his brain to help him fully appreciate the stroke expertise of two Jackson hospitals.

“You don’t realize until you need it how much difference it makes,” said Chism, who suffered a stroke on April 6.

“The University of Mississippi Medical Center is by far the premier hospital in the state. They’ve just got so many specialists. And being at Methodist Rehabilitation Center really showed me it is first class. My therapists were so pleasant, before you knew it you were doing what they asked you to do.”

And that’s something, given Chism’s self-proclaimed penchant for contrary behavior.

“I’m known for my outbursts and opinions,” said the 67-year-old representative for Clay, Lowndes and Oktibbeha Counties. “It probably wasn’t a surprise to some of my colleagues that I had a stroke.”

His wife, Barbara, said Chism also has a reputation for stubbornness and it almost proved his undoing. He kept refusing to go to the doctor, despite showing signs he wasn’t thinking straight.

“He’s normally a very regimented person, you can set your watch by him,” Barbara said.

But during the week of April 2, his behavior became erratic. He was forgetful and couldn’t seem to navigate familiar surroundings. And he frequently repeated himself in conversation.

On April 6, Barbara awoke to find him getting dressed at 1 a.m.  “He was really adamant it was time to go to work,” she said.

“More glaring than that, when I did go to work, I put my polo shirt on backwards,” Chism said. “With a T-shirt, that would be one thing. But a golf shirt?”

Barbara said if she had seen her husband’s wardrobe malfunction, “I would have called the ambulance.  When your husband is doing things so out of character, you know something is not right.”

That night, Barbara strongly urged her husband to visit their local ER.

“I finally made eye contact and said, ‘I really think you need to go.’ He said, ‘I’ll go in the morning if I don’t feel any better. And I said: ‘What if tomorrow never comes?’”

It wasn’t an outlandish thought. Chism had already suffered a stroke in 2009. And the American Stroke Association reports that about a fourth of stroke survivors fall victim again.

As the state with the second highest stroke rate in the nation, that means plenty of Mississippians are repeat patients at Methodist Rehab. So the hospital offers weekly classes to educate survivors about recognizing and preventing strokes, said education nurse Pam Everett.

“We talk about the three types of strokes and why stroke is a medical emergency,” Everett said. “The sooner you act, the better chance you have of preserving brain function.”

Time is important because there’s a narrow window to receive the clot-busting drug known as tissue plasminogen activator (tPA). “Patients have four and a half hours from the start of stroke symptoms to receive tPA,” Everett said.

And doctors don’t administer the drug until they make sure tPA is appropriate for the patient. “The type of stroke has to be confirmed by the doctor asking a series of health questions and determining the results of any CT scans,” Everett said.

So she makes sure that Methodist Rehab patients are familiar with all the possible symptoms of a clot or bleed in the brain. “I tell people your disabilities depend on what part of your brain is affected and your second stroke might be totally different,” Everett said.

Certainly that was the case with Chism. His first stroke came with classic one-sided paralysis.

“If I had felt the side of my face go numb, it would have registered to me I was having another stroke,” he said. “But I was just doing odd stuff.”

During his inpatient stay at MRC, Chism had to be made aware of his initial limitations, said occupational therapist Tina Weaver. “His wife noticed what wasn’t the norm, and we had to work with him to help him realize his deficits,” Weaver said.

“His endurance was low, so we were trying to get his strength back,” said physical therapist Bethany Truhett. “And he had balance problems with walking. One day I had him side-stepping forward and backward over cones—sort of an obstacle course.”

In speech therapy, Chism did tasks and puzzles to focus on improving his attention span, word-finding skills and multi-tasking abilities. “If you’re going back to working or driving, you must be able to multi-task,” said Heather Wise, a speech therapist and certified brain injury specialist at Methodist Outpatient Therapy in Ridgeland.

As he worked to reclaim his duties as co-owner of Columbus Insurance Services, Inc. and his responsibilities as a legislator, Chism also got an earful about how to recognize and prevent another stroke.

“I’ve been talking to him about being aware of the signs and symptoms of stroke, reminding him to take his medications as prescribed and to follow up with his doctor regularly,”  said Rachel Cooley, a physical therapist at Methodist Outpatient Therapy.

“Another thing we try to talk about is lifestyle changes—eating better and not smoking,” Wise said.

Chism has acknowledged his need to get healthy. “I’ve got to lose this belly and more exercise is in my future,” he said.

“I’m trying to get both of us on a diet we can live with,” Barbara said. “I want to see him get on with his life and not be on the sidelines worrying about having another stroke.”

Chism said he has learned his lesson about listening to Barbara. And he urges others to be more mindful of their mates’ concerns about their health.

“If something you’re doing is odd to someone else, you need to get to a place where they can determine what is going on. And don’t delay.

“My wife was right when she tried to get me to go to the ER. And if she ever tells me I need to go again, I won’t be arguing. My alarm clock has gone off twice and the second time was sobering. Laying on a gurney thinking you are going to die is a terrible thought. I really thought I was going to meet my maker face to face.”