Published on April 13, 2020
by Susan Christensen 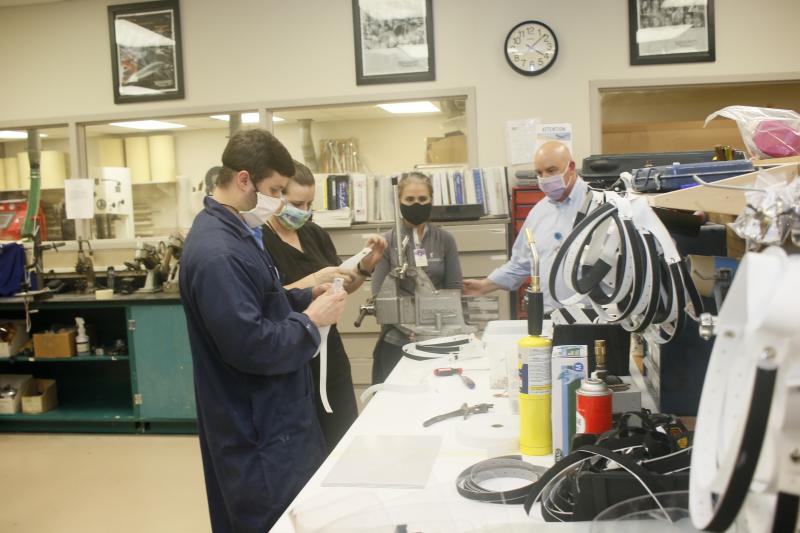 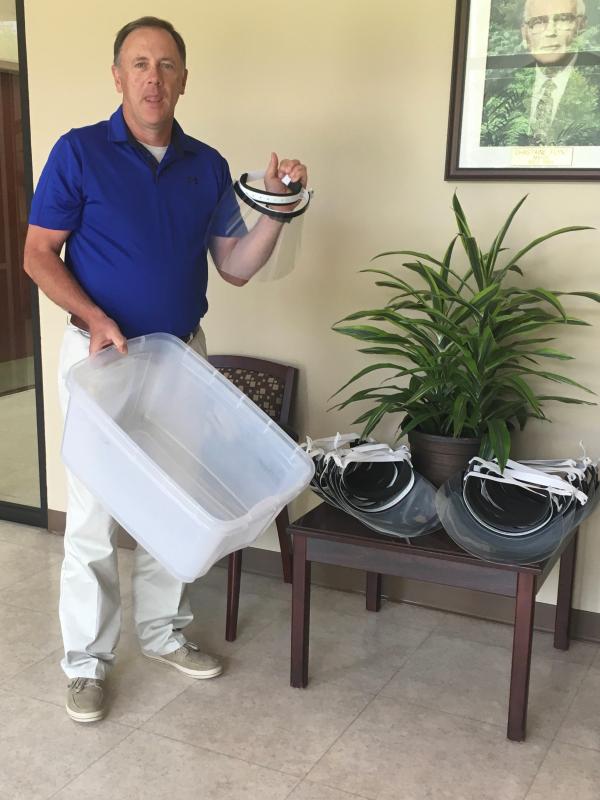 Most days, the staff at Methodist Orthotics & Prosthetics in Flowood focuses on building prosthetic limbs and orthopedic braces.

Now, they’re also creating personal protective gear for workers on the frontlines of the COVID-19 crisis.

It all started when Mark Adams, the CEO of Methodist Rehabilitation Center in Jackson, saw a YouTube video about a New York City hospital using 3-D printing to fashion desperately needed face shields.

“We don’t have a 3-D printer,” Adams said. “But I thought the injection molding process used by our orthotics and prosthetics division might be an option to produce shields. I called Chris Wallace, director of Methodist O&P, and he said our Flowood clinic was already working on a prototype.”

“We came up with three or four versions and kept refining them,” Wallace said. “I think we can do about 50 a day once we’re ramped up.”

Wallace said the effort has been an “all-hands-on-deck” project. And it’s not the first time staff has gotten creative for a good cause.

Wallace once created a ball cap liner for a young pitcher who needed protection after a skull fracture, but refused to wear a helmet on the mound. Staff also answered a call to outfit a three-legged dog with a prosthetic limb.

The first batch of shields went to protect residents and staff at Methodist Specialty Care Center, MRC’s long-term care facility in Flowood. The center is home to 60 severely disabled residents, who could be especially vulnerable to infections due to conditions such as quadriplegia and ALS.

Methodist O&P also began offering extras to other local entities. A call to Flowood Mayor Gary Rhoads’ office gave MRC an opportunity to provide some help outside its four walls during the pandemic.

On Wednesday, Flowood Emergency Operations Director Nathan Harvell was given 50 shields that will be used by the city’s police department during the COVID-19 crisis.

“I think this was a great gift,” Harvell said. “While this is going on, we are being extra cautious. And this is an extra tool we can use to protect our officers. It really helps and we appreciate that.”

Adams said the effort shows MRC can be flexible to benefit patients and the community, and he’s proud of the O&P staff’s ingenuity.

Wallace, in turn, said it has buoyed his staff’s spirit to be of service.  “It has been a tremendous morale boost because we have something we can do to contribute to the fight.”