‘Best thing I did for myself’

Published on January 20, 2023
By Susan Christensen 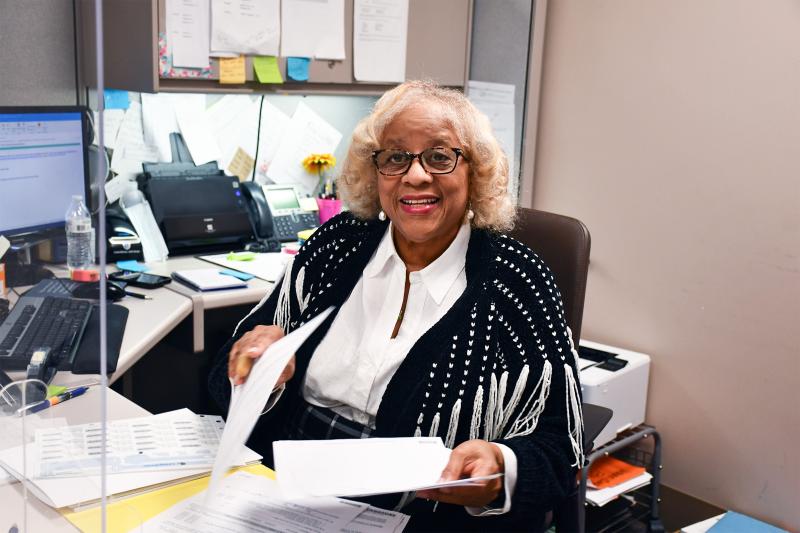 A knee replacement surgery and subsequent physical therapy helped Michelle Davies- Brown get back to her job as an admissions clerk for Methodist Rehabilitation Center. 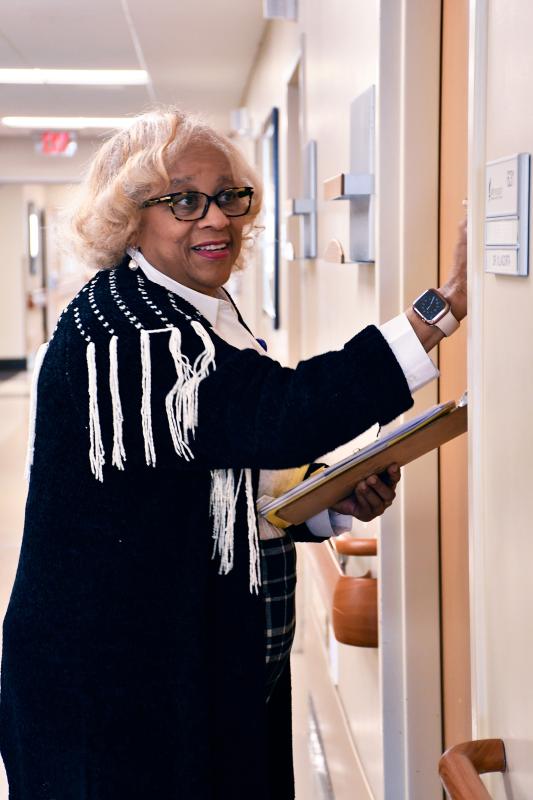 Michelle Davies-Brown now has no problem visiting patients in their rooms at Methodist Rehabilitation Center. But before knee replacement surgery and physical therapy, she could barely walk. 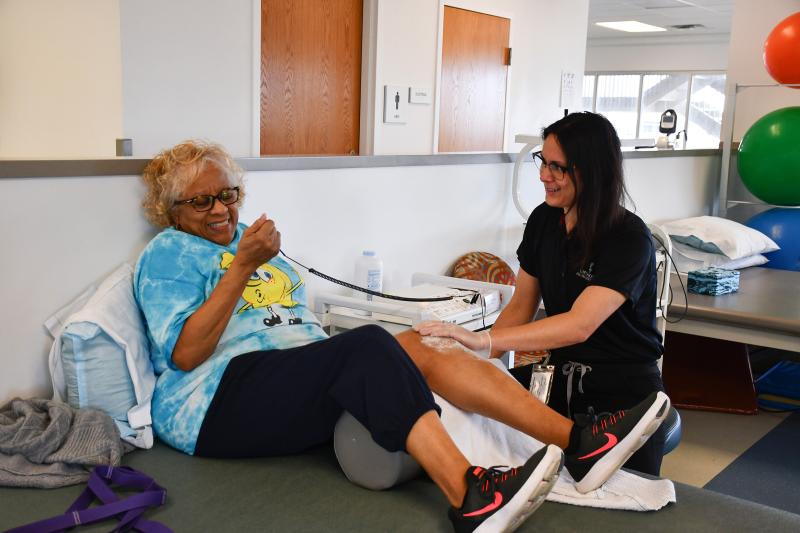 The Jackson resident could barely walk. Was prone to falls. And on a 1 to 10 scale, she put her pain at 10-plus.

“I would come to work with a brace on my knee, and security staff would have to come pick me up,” said the admissions clerk at Methodist Rehabilitation Center in Jackson. “Some days, I couldn’t even walk to a patient’s room.”

Still, she resisted knee replacement surgery. “I had heard so many horror stories. How I wasn’t going to be able to walk again, and I would never be the same,” she said.

But he said they’re likely basing the decision on outdated info. The procedure has come a long way since the first surgery in the late ‘60s.

Patients used to stay in the hospital three to seven days, and there was no rush to get them to therapy. Now, surgeries are primarily outpatient. People are put on their feet almost immediately. And healing rehab begins as soon as possible.

Jacobson said after his mother-in-law finally had surgery, she said: “I can’t believe I waited this long. I went all those years when I was hurting, and now I don’t have any pain.”

According to the American College of Rheumatology, approximately 790,000 people undergo knee replacement surgery in the United States each year. Most are age 50 to 80 and have knee pain due to arthritis. But that’s not to say surgery should be the knee-jerk reaction to joint pain in general.

“There are a lot of therapies that can ease knee pain and prevent or postpone the need for a knee replacement,” Jacobson said. “But once someone has reached that juncture, we also have the tools to help patients return to an active lifestyle. The overwhelming majority of people we see do great.”

“A lot of patients say my life felt better as soon as I woke up because the surgery pain was not as bad as the knee pain,” said Methodist Rehab physical therapist Rene´ Phongam.

Davies-Brown is happy with her results. Now, she just wishes she’d done it sooner, rather than stubbornly relying on steroid injections to get by.

“I had to get all the noise out of my head and trust in God and trust in my doctor,” she said. “I wanted to walk again, and I was hurting.”

After her Nov. 8 surgery, Davies-Brown put her trust in the therapists who are her fellow employees at Methodist Rehab. “I chose to come here because they are the best,” she said of the staff at Methodist Outpatient Therapy in Flowood.

Methodist also offers joint replacement therapy in its outpatient clinic in Ridgeland. In both venues, patients are privy to some of the same advanced treatments used to heal the knees of professional athletes.

One of the most unusual is the NASA-inspired AlterG Anti-Gravity Treadmill. The equipment off-loads up to 80 percent of a person’s body weight, creating a low-impact, workout zone for anyone with weight-bearing issues.

Davies-Brown has benefitted from the HIVAMAT 200, a device that uses an alternating electrostatic field to create deep oscillation pulsations. It helps with swelling, muscle tension, poor blood circulation, fibrous build-up from surgical trauma, arthritis and other degenerative joint problems.

She also frequently uses the clinic’s Game Ready system, which combines cold and compression therapy to treat pain and swelling.

“There’s only so much people can do if the knee is really swollen,” Phongam said. “That’s where therapies like the HIVAMAT and Game Ready come into play.”

Traditional equipment such as stationary bikes, ellipticals and weight machines also are a mainstay of knee replacement rehab. But perhaps the most effective tool is the presence of encouraging therapists.

“They have a way of getting you to do things when you think you can’t do it,” Davies-Brown said. “Rene´ is kind of quiet and real calm, so I won’t get upset when she says we’re going to do three sets of 10.”

The pain associated with knee replacements means patients often arrive at rehab afraid to test the joint. “It’s a challenge to get people to bend the knee,” Phongam said.

But doing so is non-negotiable if they expect to reclaim proper function.

“Some people don’t tolerate it as well as others, but you’ve got to hang in there to get the results,” Jacobson said. “What’s really important is knee range of motion and strength. You really need to get to 120 degrees of knee flexion for a person to get back to climbing curbs and stairs.”

Phongam said Davies-Brown started therapy at about 90 degrees of flexion, but steadily progressed to 110 by mid-January. And those numbers represent reclaimed abilities that Davies-Brown is happy to report.

“I went from walker to cane, and I just have it for support,” she said. “I can go up and down stairs now, and I couldn’t before surgery. This was a success … the best thing I did for myself.”