“I can walk normal and do what I want to do”

Published on February 17, 2022
By Susan Christensen 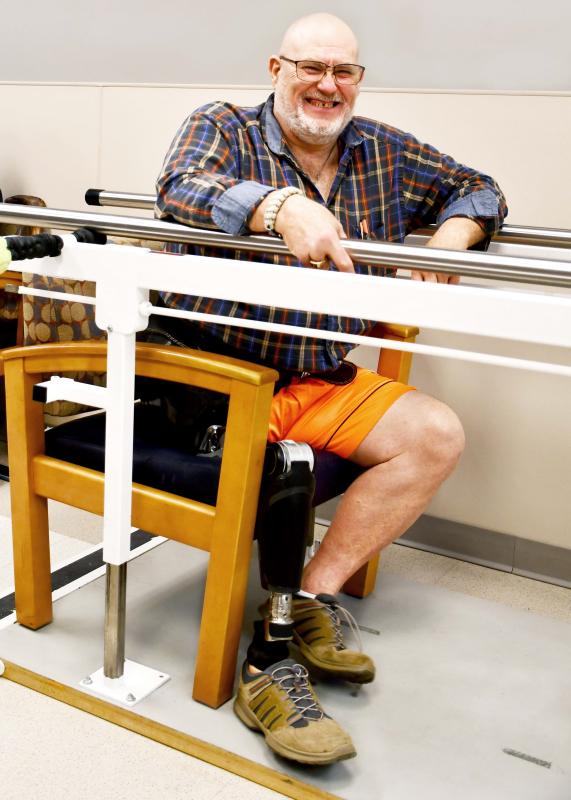 Michael Savage was more than happy to receive the first Ossur Next Generation Power Knee to be fit and delivered in Mississippi. Savage has used a prosthetic limb ever since a 2003 industrial accident sliced off his right leg at hip level. 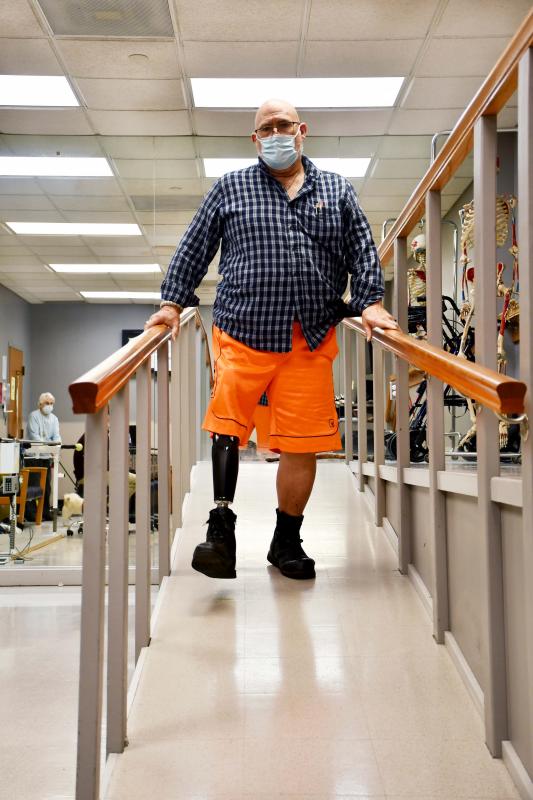 Going up and down stairs and ramps is a lot easier now that Michael Savage has a new motorized prosthetic knee. Since he has no hip or upper leg muscles to power a prosthesis, the motor provides the force to keep him moving. 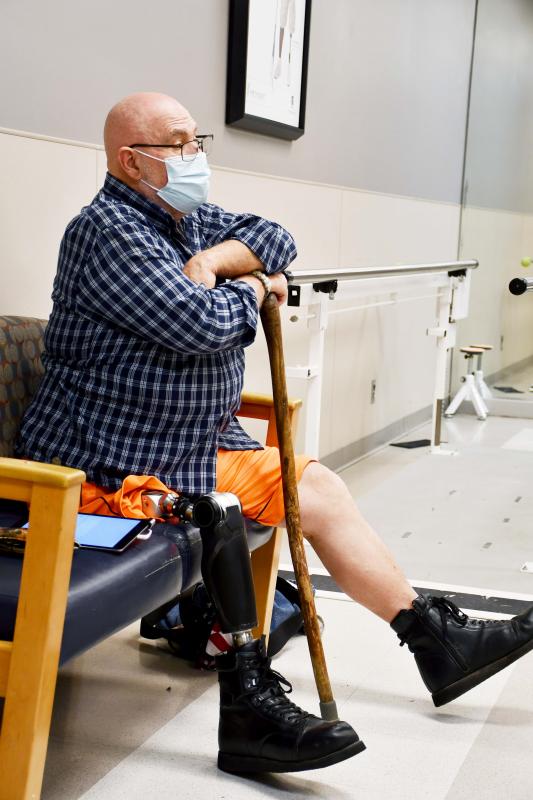 For the first time in 19 years, Savage can rely on his powered knee to keep him from plopping into chairs. “If I want to sit down, it eases me down,” he said.

Ever since he lost his right leg at hip level, Michael Savage has embraced every breakthrough in the field of prosthetic limbs.

So he welcomed the chance to receive the first Ossur Next Generation Power Knee to be fitted and delivered in Mississippi.

As part of a global launch of the prosthetic knee at Methodist Orthotics and Prosthetics in Flowood, Savage praised its one-of-a-kind, built-in motor. Since he has no hip or upper leg muscles to power a prosthesis, the motor provides the force to keep him moving.

“I don’t have to pick up my leg and fling it forward like I used to. I can walk normal and do what I want to do,” said the 67-year-old resident of Vineyard, Ark. “I was having a lot of problems with my sound knee, and this takes a lot of stress off it. It’s also helped my back pain and leg pain a lot.”

For the first time in 19 years, Savage can also go up and down stairs easily, kneel and rise back up and there’s no more plopping into chairs. “If I want to sit down, it eases me down,” he said.

Savage was the first non-military, hip-level amputee in the United States to receive the second version of the Power Knee in the 2011. Based on user feedback in the years since, the new knee has undergone several upgrades. It’s now 1.3 pounds lighter, 7 decibels quieter and the battery lasts three times longer.

Methodist O&P Director Chris Wallace said Savage got to be an early adopter of the Next Generation Power Knee due to Methodist’s ongoing relationship with Iceland-based Ossur, an international leader in prosthetic devices.

“Methodist is part of a network of practices interested in using new technology to bring more services to their patients,” said Todd Schweizer, manager for Ossur’s Orthotic/Prosthetic Services. “They are not afraid of being in the forefront.”

“At the end of the day, that’s what it takes,” said Brian Chambers, regional sales manager for Ossur’s Southeast prosthetic team. “The patient can want something all day long. But until the care team is willing to get involved and try new technology, it’s just a dream. Chris and his team have to be onboard to work with the Ossurs of the world.”

Wallace said Methodist’s scope and size—seven Mississippi clinics and one in Louisiana— make it attractive to businesses bringing new technologies to market.

“Companies recognize our expertise, our facilities and the team we have in place, not just in our O&P department,” he said.

“There are so many facets of MRC we can tap into based on the needs of our patients,” Wallace said.

Prosthetic users can even be evaluated in MRC’s Motion Analysis and Human Performance Laboratory, the only one of its kind in Mississippi and one of only a handful in the Southeast.

Savage certainly recognized MRC’s expertise as he considered where to recoup from the accident that nearly killed him.

On May 21, 2003, the former firefighter sat cross-legged in front of a tall generator, preparing to do electrical work. When it inexplicably tipped toward him, he tried to scramble to safety. But the 60,000-pound machine landed on his lower body. The impact sliced off his right leg at the hip and crushed his femur and severed toes on his left leg.

He received 78 units of blood and underwent 15 surgeries. He spent a month in a coma, and at least six times his heart stopped beating.

Once his survival seemed assured, the then 47-year-old turned his focus to “getting up and walking out.” Not everyone thought that was achievable.

“Most people were saying I wouldn’t walk again because my left leg was so damaged, and I had no right hip,” he said.

But in Savage, Methodist staff saw a man with enough moxie to take on the challenge. They agreed to help, and a relationship began that has stretched over 19 years and thousands of miles.

Fitting Savage with a new leg begins with the creation of a socket. Custom-molded to fit his anatomy, the socket provides a place for the prosthesis to attach. For amputees whose socket can be worn on a residual limb, the process is fairly straightforward. But Savage’s high-level injury required some creativity.

Methodist certified prosthetist Taylor Hankins devised what looks like a modified plastic bucket to support Savage’s right side. His prosthesis attaches to the front of the socket, and a custom-made belt holds it all in place.

“The socket is the most important part because if it’s not comfortable, it doesn’t matter how well it works or how good it looks, most likely it’s not going to be used,” Hankins said. “If it’s painful, it defeats the purpose.”

Now on his sixth leg, Savage has adjusted to his new prosthesis with his usual aplomb.

“It takes a lot of confidence to walk on something, not being able to feel it, not knowing where it is in space and just trusting that it’s there,” Hankins said.

But Savage has proven to be fearless, especially when it comes to falling.

“Being afraid to fall holds people back,” Hankins said. “But he doesn’t have that, so he can get the experience it takes to have confidence.”

And don’t think he hasn’t put the prosthesis through its paces.

“I am very active, I’m not that old yet,” Savage said. “I still do stuff out in the wood shop. I still weld, cut grass, whatever I want to do. I’m not somebody who can sit in the house. God left me here for a purpose. I can’t give up.”