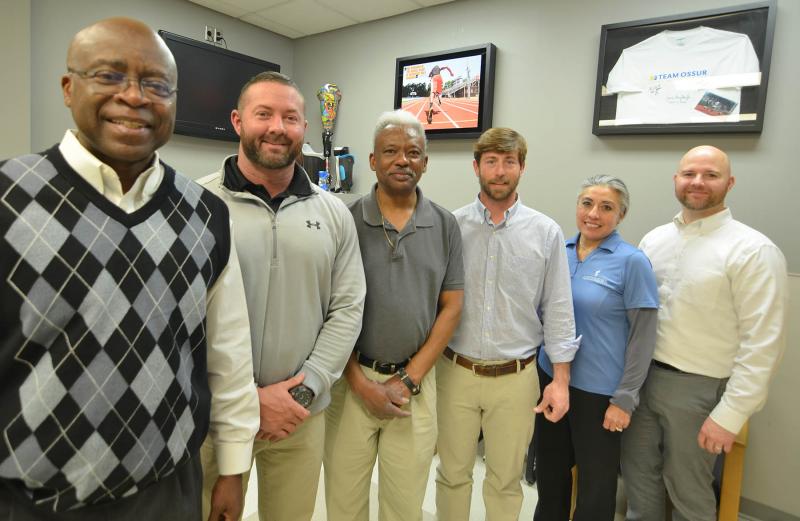 For Billy Joe Robinson, making the drive from his Starkville home to Methodist Orthotics & Prosthetics in Flowood has been worth it.

“I’ve always gone there, even though there were places closer to home, because they’ve been real good to me,” he said. “They’ve always helped me out in any way they could.”

Now, thanks to Methodist O&P’s dedication to bringing comprehensive services and care to patients across the state, that drive is about to get a lot shorter. The provider is set to open its seventh clinic in Starkville in early February.

“It’s a big thing for me to not have to go so far to get what I need,” Robinson said.

A division of Methodist Rehabilitation Center in Jackson, Methodist O&P has grown exponentially since its inception in 1979. In addition to Flowood, Methodist O&P also serves the communities of Hattiesburg, Meridian, Cleveland, Oxford and Monroe, La.

Methodist O&P director Chris Wallace says they had been looking at several areas of the state that lacked coverage, and Starkville was the logical choice for their next expansion.

“We already had made some inroads in the area,” he said. “Some of our staff travel there to provide clinical care on a part-time basis with some therapy partners. We have several patients from the area as well. And we knew there was interest from the local medical community.”

Starkville resident Howard Lewis was one such patient who benefited from Methodist O&P’s on-the-road efforts. He was recently fitted with a TurboMed Xtern, an advanced ankle foot orthosis (AFO). It helps controls foot drop, a condition that that can occur with a neurological illness.

“It just tickles me to no end that they’re coming to Starkville,” said Lewis, who often made the drive to the Flowood clinic from his former Kosciusko home before recently relocating. “When I was living there, it wasn’t as bad a trip. But I would go wherever they are. They have really helped me.”

While such an on-call approach has benefited patients like Lewis, Wallace says having a permanent location offers several advantages.

“It’s invaluable to have a physical location to go to where we can see the patient in a comfortable environment,” Wallace said. “A place where we have the right tools and equipment on hand to make the proper adjustments provides a better outcome for everybody.”

When considering expansion, Methodist O&P looks at what makes the most sense for the community they will serve.

“Starkville is also going to be somewhat of a new venture for us,” Wallace said. “At first it will be a part-time clinic, open two days a week. We’ve never done that before. I think that this model will sustain the clinic and allow it to grow until we decide to go full-time with it.”

Wallace says establishing relationships with the people and communities it serves allows Methodist O&P to excel.

“When we commit to our communities, we always see greater support,” Wallace said. “It’s when we become firmly rooted in our local medical communities that we are able to truly provide the higher level of advanced care and technology that Methodist O&P is known for.”

Methodist O&P’s Starkville location at 101 G.T. Thames Drive, Suite A, is now open and scheduling appointments. As the largest locally-owned orthotics and prosthetics provider in the state, Methodist O&P provides artificial limbs and braces to patients of all ages. Methodist O&P is accredited by the American Board for Certification in orthotics, prosthetics and pedorthics and also serves as an accredited residency site for the National Commission on Orthotic and Prosthetic Education. For more information, call 800-223-6672, ext. 8899, or visit methodistoandp.org.

‘Such a hard worker’: After losing his leg in an on-the-job accident, J. Carmen Arevalo of Pearl applies his work ethic to learn to walk with a prosthesis at MRC
Ingenuity in action: Methodist O&P in Flowood answers call to create face shields during COVID-19 crisis
Realized potential: Despite setbacks and two amputations, Hank Graham achieves his goal of becoming an active prosthetic user
Faster and better: Methodist Orthotics & Prosthetics offers free screenings for Bioness L300 Go, an advanced neuroprosthetic device for controlling foot drop
Web design and hosting by U.S.NEXT